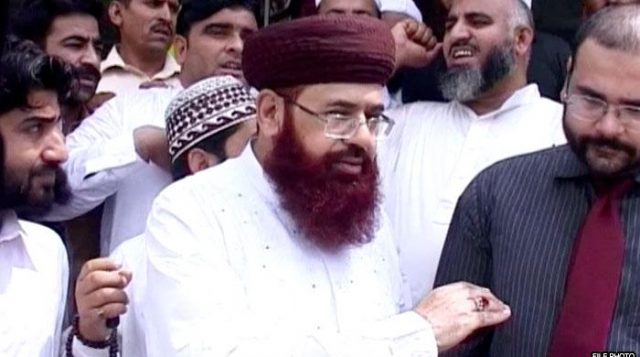 ISLAMABAD: Former minister of religious affairs Hamid Saeed Kazmi is likely to spend the Eid in prison as the Islamabad High Court (IHC) rejected his bail plea on Monday.

According to details, the high court rejected the bail petition filed on behalf of Kazmi who was convicted by a court in Hajj corruption case.

A special judge central had sentenced him 12 years prison term in the Hajj scandal.

Kazmi had challenged the verdict of a lower court in Islamabad High Court and pleaded for his release bail before Eid-ul-Fitr. However, the high court upheld the decision.

Kazmi’s counsel Javed Iqbal has said the court decision will be challenged in the Supreme Court.

Kazmi was accused of corruption during the course of renting residential buildings for Pakistani pilgrims in Saudi Arabia and inflicting a loss of billions of rupees to the national exchequer. The mega corruption scandal led to the departure of both Hamid Saeed Kazmi and the ex-minister for science and technology Azam Swati from the federal cabinet. Kazmi also spent nearly two years in prison over charges of irregularities in the 2009 Hajj operation.

Kazmi’s counsel stated in the appeal that hiring buildings for the pilgrims’ stay during Hajj was not the minister’s responsibility neither he had appointed Rao Shakeel as Director General (DG) Hajj.

SC told that Naqeebullah Mehsud had been murdered in one-sided shooting by cop Rao Anwar’s team!

Narcotics Minister says proofs against Rana Sanaullah to be presented in court!