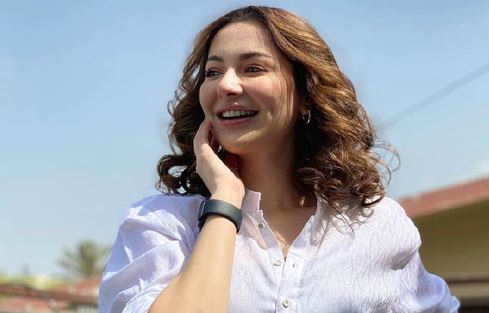 Mere Humsafar is an on-going drama serial filled with combination of love, jealousy & hate, showcasing the twisted side of relationships in which ‘Jannan’ actress is playing lead role as the character named Hala.

Spellbound by the acting of Aamir, fans flooded the social media platform with bundle of messages and snippets of drama, making #Hania Aamir & #Mere Humsafar a top trend.

“Hania Aamir is a gem; nobody could have made Hala work. She has made the audience root for a character who could have easily gone down the long list of sorry characters, that nobody cares about. She made Hala reasonate with all,” tweeted a fan.

“I loved the fact how Hala was finally able to express her feelings. Felt content after watching the episode,” praised another fan.

Naming Hania Aamir as one of the most defining actresses, viewers were also quick to take a note of the most heartbreaking scene which stole the whole episode where Hala confront her family with an outburst.

“This scene was impactful and nicely delivered too. She finally made her father know about the trauma he gave her all her life. Her performance, the dialogues, the emotions, everything was so on point,” applauded a fan.

“Hania literally stole the episode her acting in this scene was out of the world,” shared another fan while praising her for the accurate depiction of pain and suffering.

The mind-blowing turn of the story-line was so captivating that just in few minutes of streaming over the YouTube, it reached to millions of live views along with surpassing over 6 million views in just 13 hours.

As the events have started to get unfold in a surprising way, fans are now eagerly waiting for the next episode with a hope to see the evils getting punished for their wrongdoings.