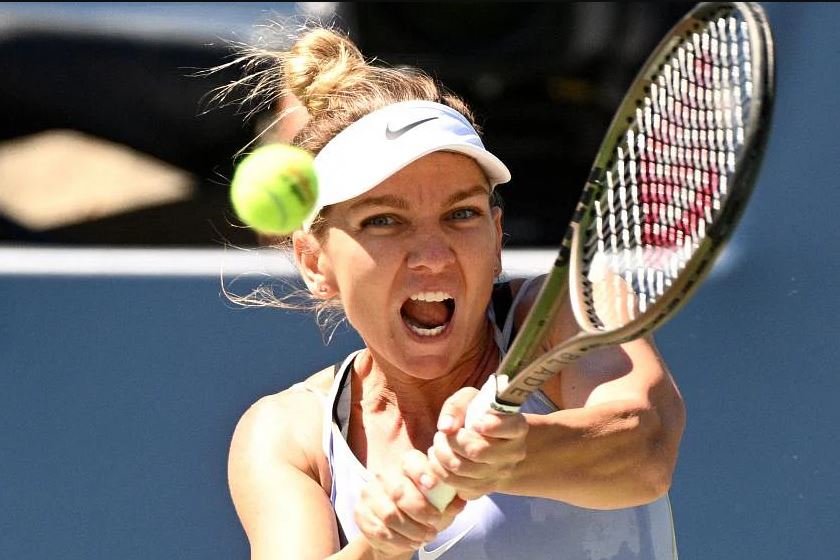 TORONTO: Simona Halep served twice for her match against Coco Gauff without success on Friday (13th of August, 2022) before finally securing a 6-4, 7-6 (7/2) quarter-final victory at the WTA Toronto Masters.

The former number one, a two-time winner in Canada, made hard work of her triumph over the rising American teenager who just missed a chance at cracking the world ranking top-10 for the first time.

Halep needed a second-set tiebreaker to advance into the semi-finals in just under two hours, lining up a meeting with seventh-seeded American Jessica Pegula.

The South American, who stunned world number one Iga Swiatek in the third round, won her 16th match since June, the month in which she claimed back-to-back grass titles in Nottingham and Birmingham.

Bencic, the 2015 Toronto champion who beat soon-to-retire Serena Williams in an emotional second-round clash, was broken four times and coughed up five double-faults.

“I’m feeling happy, for sure, it’s a special moment,” Haddad Maia said. “I’ve worked a lot every day for a few years to live this moment.

“I didn’t start the match playing as I wanted. I was missing more than normal in the first set.

“But I pushed myself to stay positive, to stay in the game – a tennis match can change very fast.”

The Brazilian will aim for the final against 2021 finalist Karolina Pliskova, a 4-6, 6-4, 6-4 winner over Chinese teenager Zheng Qinwen.

She now owns 36 match victories in 2022. Gauff fired a backhand into the net on Halep’s first match point to end the encounter and lose her eighth straight set against the 30-year-old Romanian.

“I’m really pleased with the way I stayed strong mentally,” Halep said. “I fought for every point.

“That was really important because she was doing the same thing. It’s never easy against her.

On Saturday, Halep will play her 29th Masters semi-final against Pegula, who defeated Yulia Putintseva of Kazakhstan 6-3, 6-3.

Halep and Roland Garros quarter-finalist Pegula will meet for the first time.

“It’s going to be a big challenge to face a new opponent. It’s always like that,” Halep said.

“But it’s a semi-final. So for sure she’s going to play good tennis. She’s solid. “I will focus on myself and I will just fight for the match as I do here every time.”

US flood relief assistance for Pakistan