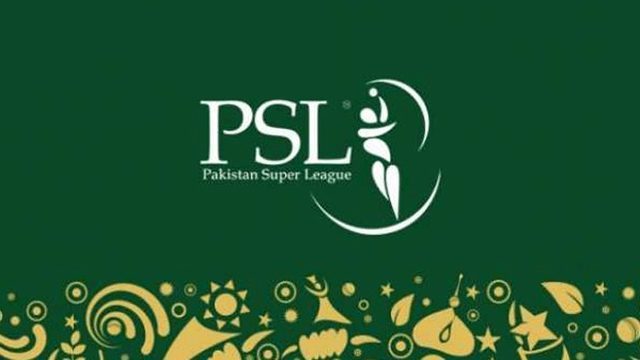 LAHORE: Lahore Qalandars will have an opportunity make history when they will take on Multan Sultans in the opening match of the HBL Pakistan Super League 8 at the picturesque Multan Cricket Stadium on Monday, 13 February.

Lahore Qalandars had defeated defending champions Multan Sultans at the Gaddafi Stadium by 42 runs in 2022, and will now have an additional incentive going into the eighth edition of the tournament, with the chance of becoming the first franchise to win back to back titles.

Prior to Multan Sultans, Peshawar Zalmi were in the similar situation when they reached the 2018 final as defending champions but faltered at the last hurdle and lost to Islamabad United, who clinched their second title in three years.

Except for Peshawar Zalmi and Multan Sultans, no other side as defending champions have reached the final in the biggest, highly competitive and most grueling league in the cricket playing world.

Karachi, Lahore, Multan and Rawalpindi will share between them the 34-match tournament, and the event schedule has been designed in such a way that the four home sides will each play five matches in front of their fans and supporters – one against each side.

This includes the Qualifier, two Eliminators and the final at the home of Pakistan cricket from 15-19 March.

The soft launch of the Pakistan Women’s League will also take place during the HBL PSL 8 when three exhibition matches will be played in the lead up to the men’s matches in Rawalpindi on 8, 10 and 11 March.

The two women’s sides are expected to comprise leading local and foreign players, details of which will be announced in due course.

Chair of PCB Management Committee, Najam Sethi while addressing a news conference said here on Friday : “I am delighted to formally confirm the schedule of the HBL PSL 8, which will allow the Pakistan Cricket Board and the six franchises to start firming up and finalising their respective event plans and objectives.

“The HBL PSL 8 will be a massive event for the PCB, taking place at the four iconic venues with the world’s best T20 cricketers in action.

We aim to make the HBL PSL bigger, better and stronger than ever before with the overarching ambition to make it the first-choice event for leading T20 cricketers.

“Each of the six sides will enter the HBL PSL 8 with lots at stake. Islamabad United will aim to become the most successful team with three titles, Lahore Qalandars will attempt to become the first side to win back to back titles and the remaining four teams will once again attempt to put a hand on the glittering silverware.

“This makes up for an exciting, enthralling and entertaining 34-match tournament.

“There will be no question on the quality of cricket that will be played in over 34 days of action-packed cricket.

“I am hoping the HBL PSL will once again live up to its expectations of unearthing and identifying future stars who will not only challenge the established household names in this edition but will go on to represent Pakistan.

“I would like to extend my gratitude to HBL, who have supported this tournament since its inception in 2016 by retaining the title sponsorship rights.

“I would also like to thank all our other valued commercial partners, broadcasters and franchise owners for their patronage, and hope they will continue to show faith in our pinnacle event and the PCB’s administrative vision, skills and capabilities so that we can collectively work together to enhance the image and profile of Pakistan cricket.

“Finally, I would request the passionate Pakistan cricket fans to back the HBL PSL 8 by turning up in big numbers and showing their appreciation and support for not only their favorite teams and players, but towards all other participants.

Meanwhile, on the request of the franchises, the PCB has agreed to increase the number of players per side to 20, allowing each franchise to pick two additional Supplementary players.

The Supplementary players will be picked in the Replacement Draft, which will take place on Tuesday, 24 January.

Key notes on the HBL PSL 8 schedule:
•Opening ceremony will be held in Multan on 13 February prior to the tournament opener between 2021 winners Multan Sultans and defending champions Lahore Qalandars; closing ceremony and final on 19 March in Lahore, which will also host play-offs
•Lahore Qalandars will attempt to become the first side to win back to back titles; Islamabad United will aim to become the most successful side by lifting the trophy thrice
•Karachi Kings, Lahore Qalandars, Multan Sultans and Islamabad United will play five home matches each, one against each side
•Rawalpindi will stage 11 fixtures, Karachi and Lahore will host nine matches each, Multan will have five home games
•Rawalpindi will host the only double-header on 7 March when Peshawar Zalmi will play Lahore Qalandars and Islamabad United will take on Multan Sultans
•More than 36 foreign players representing 10 T20I playing countries will be in action in the 34-day, 34-match tournament
•T20 World Cup winners Adil Rashid and Matthew Wade, along with Wanindu Hasaranga, Bhanuka Rajapaksa, Jimmy Neesham and Tabraiz Shamsi will make their debuts
•No.1 ranked Babar Azam will lead 2017 winners Peshawar Zalmi for the first time; Imad Wasim will skipper 2020 winners Karachi Kings; Shadab Khan will captain two-time champions Islamabad United; Shaheen Shah Afridi will captain Lahore Qalandars; Mohammad Rizwan will skipper Multan Sultans and Sarfaraz Ahmed will captain 2019 champions Quetta Gladiators
•Shoaib Malik will return to Karachi Kings after six years; number-five ranked Rashid Khan will be back for Lahore Qalandars; Alex Hales will represent Islamabad United; Tim David will appear for Multan Sultans; Jason Roy will be in action for Quetta Gladiators; Bhanuka Rajapaksa will feature for Peshawar Zalmi
Schedule of matches: (Afternoon matches will start at 2pm; evening matches in Karachi, Lahore and Rawalpindi will start at 7pm. Evening matches in Multan will begin at 6pm except for the tournament opener, which will commence at 8pm