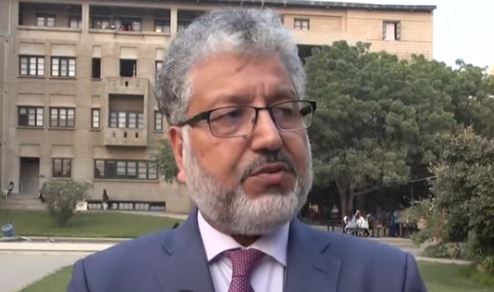 ISLAMABAD: Higher Education Commission (HEC) was making sincere efforts to enhance access to higher education in such a way that it does not compromise quality.

Under the dynamic leadership of new Chairman Dr Mukhtar Ahmad, HEC to put more effort to increase the quality of country’s higher education.

According to the sources, HEC has taken various initiatives to develop the higher education sector, while Dr Mukhtar was making more efforts to implement the policies to improve quality in letter and spirit.

“There is no denying the fact that access to higher education must increase, but there should be a constant improvement in the quality of education and research” the sources added.

They said that HEC was encouraging universities to generate resources other than the Government’s funding. The sources said that there is need to strengthen universities’ capacity for resource generation as well as efficient management of these resources.

“Teachers play a key role in any education system. HEC has a system in place for their capacity building, but it needs to be further strengthened and planning should also be done to include training of college teachers” they added.

Secondly, “the world is shifting towards a system where focus is being given to skills of students therefore we also need to train our teachers and university management to plan their curricula and teaching methodology in that way,” the sources informed.

The sources revealed that the HEC has been directed by the incumbent Federal Education Minister to restart the national ranking process of universities, as it is an important factor to urge universities for improving their performance.

As per sources, few universities have made it to top ranked global universities but the figure is too low as the ranking at national level will play a catalytic role for enhancing performance of the national universities.”