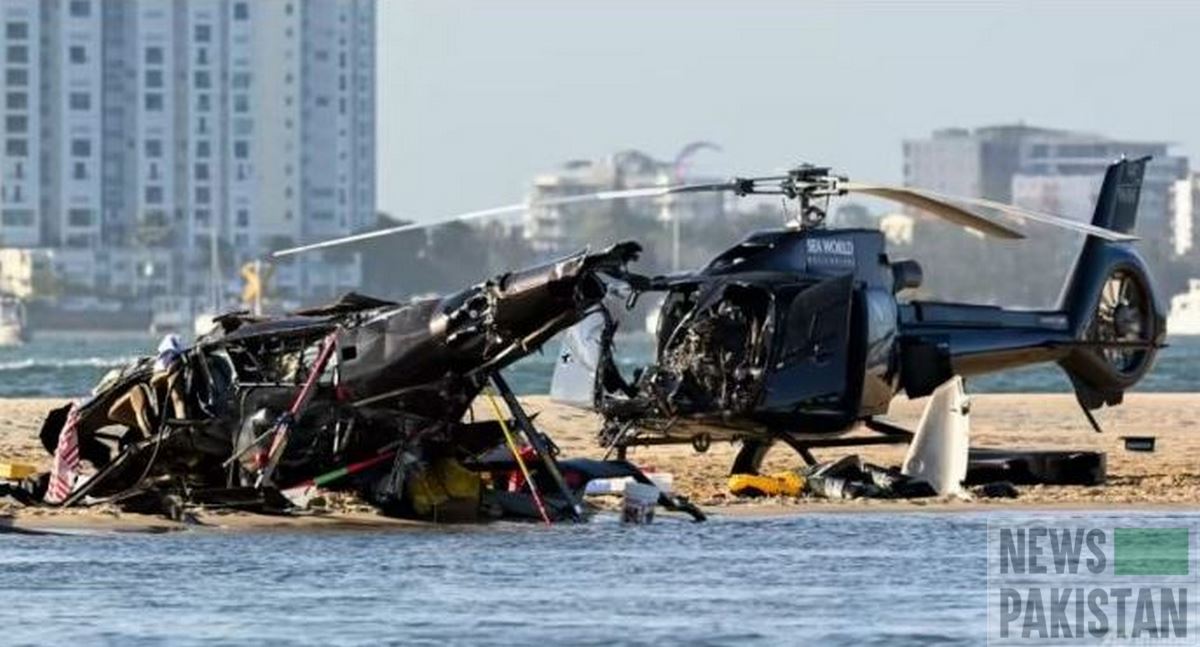 Three other people were in critical condition, police said, describing how bystanders had rushed to haul passengers from an upside-down helicopter.

One helicopter had flipped over on the exposed sandbank a few feet from the shore, images on public broadcaster ABC showed.

The aircraft was shorn of its rotors, which lay a short distance away.

The other helicopter appeared to be largely intact at the accident scene, which is near the Gold Coast’s popular Sea World marine theme park.

A bright yellow rescue helicopter had landed on the sand nearby, its rotors spinning, images of the aftermath showed, with scores of rescuers deployed around the area.

Several small police and rescue boats were moored on the exposed sandbank, which was strewn with bits of the destroyed helicopter.

“Those two aircraft, when collided, have crash landed, and landed, on the sandbank just out from Sea World resort,” Queensland

“As a result of that, four people have lost their lives today,” he said. “Three others are critical in hospital.”