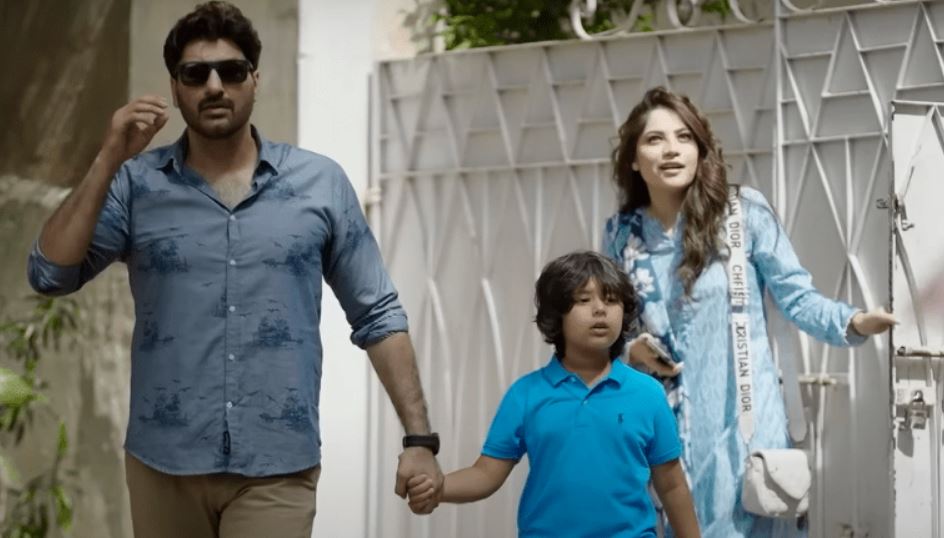 ISLAMABAD: Pakistani heartthrob Syed Jibran and the gorgeous Neelam Muneer are all set to amuse fans with their upcoming horror-comedy telefilm ‘Bhoot Bakra’, releasing on Eid-ul-Azha and netizens can’t get enough of it.

With Eid-ul-Azha just around the corner, celebrities are gearing up to make the Eid holidays momentous with a burgeoning list of dramas and Eid telefilms in the pipeline.

Recently, the reel life couple Neelam and Jibran treated fans with first glimpse of their Eid telefilm ‘Bhoot Bakra’ on their social media handles and also shared behind the scene videos and pictures of their much-anticipated collaboration.

Shortly after, the Instagram reels garnered fans as well as celebrities attention. Fans showered the starlets with adoration and best wishes for their new release.

Produced under the banner of Big Bang Entertainment, Bhoot Bakra is co-written by Ali Abbas Naqvi and Basit Naqvi while Bilal Atif Khan has directed the much-talked-about telefilm.