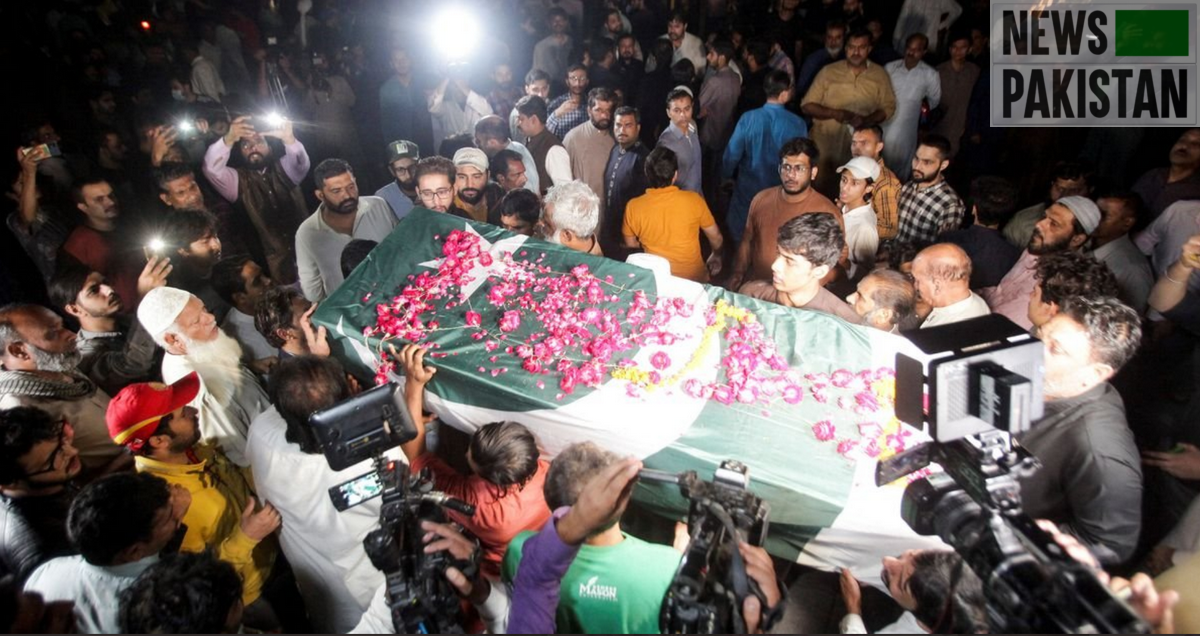 According to Channel 5, the journalist fell from a PTI campaign vehicle after being pushed by a security guard and was subsequently crushed by the vehicle.

IFJ and PFUJ calls on the Pakistani government and news outlets to ensure every effort is made to guarantee the safety of media workers reporting in the field.

Eyewitness accounts suggest she may have been trying to climb the container to interview former Pakistani Prime Minister Imran Khan.

She was taken to the nearest Tehsil Headquarters Hospital Kamoke (in the Province of Punjab), however, was pronounced dead on arrival.

The (PTI) Long March was postponed after the journalist’s fall.

Her body was laid to rest on Monday (31st of October) in Lahore.

The Pakistani government has since formed an inquiry committee into the circumstances of Sadaf Naeem’s death.

According to reports from colleagues, Sadaf Naeem was not provided with transportation to cover the rally, so had to travel with another news team.

More disturbing are reports she had been working without pay for the past three months.

Field reporters in Pakistan are regularly required to cover rallies and sit-ins without basic safety training or equipment.

Many reporters in Pakistan are overwhelmed by unrealistic demands on news gathering from newsroom management.

Sadaf Naeem’s death comes less than a week after the killing of Pakistani journalist Arshad Sharif in Kenya on 25th day of October.

The IFJ’s 2021-2022 South Asia Press Freedom Report detailed the dangerous reality on the ground in Pakistan, with 42 media violations and 6 killings.

The PFUJ said: “The PFUJ condemns the murder of Channel Five reporter Sadaf Naeem and demands the government conduct an immediate and transparent inquiry into the circumstances that caused this tragedy.”

IFJ General Secretary, Anthony Bellanger, said: “The death of Sadaf Naeem in her line of duty is completely unacceptable and reflects severely inadequate workplace health and safety standards and education in Pakistan.

“The IFJ urges Channel 5 and other news outlets to take substantial action to take this situation forward to the government and have a much needed dialogue on work that endangers the lives of journalists.”