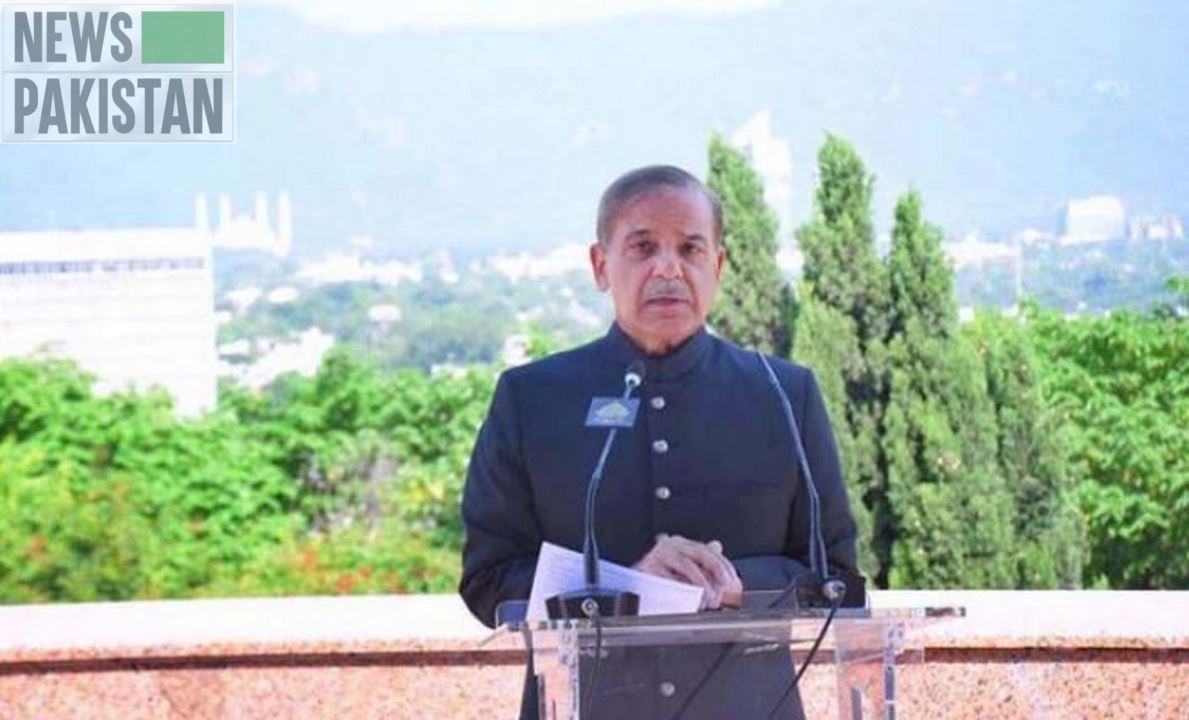 ISLAMABAD: Prime Minister Shehbaz Sharif on Thursday said by building a deceitful narrative of conspiracy against his government, Imran Khan committed a treason against Pakistan and its people, and inflicted an irreparable damage to the country’s reputation.

The prime minister, while referring to an audio leak revealing a conversation between the then prime minister Imran Khan and ex-principal secretary Azam Khan about using the classified diplomatic cable for political purposes, said the episode had badly damaged Pakistan’s relations with the friendly countries.

He said sans the audio leak, the ambiguity might have prevailed for years but Allah blessed the nation by exposing Imran Khan’s “fraud, deceit and worst conspiracy” against the country.

“The audio tells all. Is there any doubt yet as who hatched the conspiracy? Who are the real conspirators? Those were Imran Khan and his cronies,” the prime minister told a press conference here at the PM House.

He said the coalition government was trying to revive bit-by-bit the ties with other countries damaged by Imran Khan.

“It was the worst dishonesty, a game played with the nation’s confidence that hurt its integrity. This is unprecedented in the country’s history,” he remarked, rubbishing Imran Khan’s allegation of his role behind the audio leak. Had he been behind it, his own audio leak would not have surfaced, he added.

Recalling the process of the vote of no-confidence against Imran Khan and the rejection of the motion by the then deputy speaker, the prime minister said the PTI chief and his party had wasted the nation’s time.

“That conspiracy stands exposed without any ambiguity. For last five years, I have been saying that he (Imran Khan) is the biggest liar doing all just to serve his own interests,” he commented.

PM Shehbaz told the media that the National Security Committee, in its two meetings, categorically made it clear that the cipher had nothing to do with the conspiracy.

To a question, he confirmed that the PM House’s copy of the cipher was missing.

As regards the flood situation, the prime minister said the coalition government had spent Rs100 billion for the relief of flood-stricken population, who were being provided essential items, including tents, blankets and food.

He said during the catastrophic flood situation too, Imran Khan played his negative role by maligning the government just to keep the donors from supporting the flood-hit people of Pakistan.

“This is a disservice to Pakistan. This cold-hearted person did not think of the suffering humanity. He has no soft corner for the humanity,” the prime minister said and appreciated the efforts of his ministers and institutions, including the NDMA (National Disaster Management Authority) and PDMAs (Provincial Disaster Management Authorities) for relief and rehabilitation of the flood-hit people.

Appreciating the United Nations Secretary-General for contesting the flood-hit Pakistan’s case before the world, the prime minister said China had provided relief aid worth $90 million and the United States $61 million, besides the support pouring in from the United Arab Emirates, Qatar, Japan and others.

He said the previous government also violated the agreement with the International Monetary Fund, though the government revived it successfully despite the confusion created by Imran Khan and his cronies.

He also lamented the PTI leader for targeting the Pakistan Army and attempting to create division within the institution ignoring their huge sacrifices against terrorism.

To a question, Shehbaz Sharif confirmed that the PM House’s copy of the cipher was missing.

He told the media that Federal Cabinet had decided to launch a probe into the cipher issue and the nation would be apprised of the findings.

Asked about the appointment of next army chief, the prime minister said there was a set criteria in the law, which would be followed.

To another question, he said Pakistan Muslim League-Nawaz’s Quaid Nawaz Sharif would return to Pakistan once his medical treatment was over.

Regarding the Tosha Khana case, the prime minister said the probe was underway. He assured that his government never believed in political victimization and the findings of the case would be shared with the public.

“I will not do anything contrary to facts. Institutions will do their own work. I will not interfere,” he assured.

He said in the foreign funding case, the Election Commission had quashed Imran Khan’s claims of being ‘Sadiq and Ameen’.

Asked as if the government intended to impose governor rule in Punjab to check much-talked about PTI’s long march, the prime minister said ,“I will not say anything premature. However, no one is allowed to take any illegal step.”

Mentioning the “NAB-Niazi nexus”, the prime minister said the IK government had not even spared the females, including Maryam Nawaz and Faryal Talpur from victimization.

To a question about Maryam Nawaz’s departure for England, the prime minister said the court had given her a clean chit. It was not for the first time that she appeared before the court rather she had also been in the detention of National Accountability Bureau (NAB).

However, he said, Maryam Nawaz got relief from the court under the old NAB law having nothing to do with the amended one.

Commenting about the amendments in the NAB law, Shehbaz Sharif said the PTI government introduced amendments to facilitate the 190 million pounds scam, in which the cabinet’s consent was sought on an agenda in a closed envelope.

Besides mentioning the sugar and wheat scams, he said the IK government gave an NRO (National Reconciliation Ordinance) to his own sister Aleema Khan in the case of assets beyond means.

He said despite his tall claims of accountability, Imran Khan abolished the accountability commission in Khyber Pakhtunkhwa after it came up with a report exposing the corruption of PTI ministers.

Asked to comment about the economic situation, the prime minister said the coalition government saved the country from default putting its own political position at stake.

He said as the new finance minister had assumed charge, the rupee had started appreciating against the dollar.

He said the government was striving to control the inflation. It deferred the fuel adjustment charges up to 300 units and would supply wheat seeds among the farmers in flood-affected areas.

As regards the huge profits earned by the private banks from the increased foreign exchange rate during April to June this year, he said he had ordered the inquiry and the new finance minister was actively pursuing it.