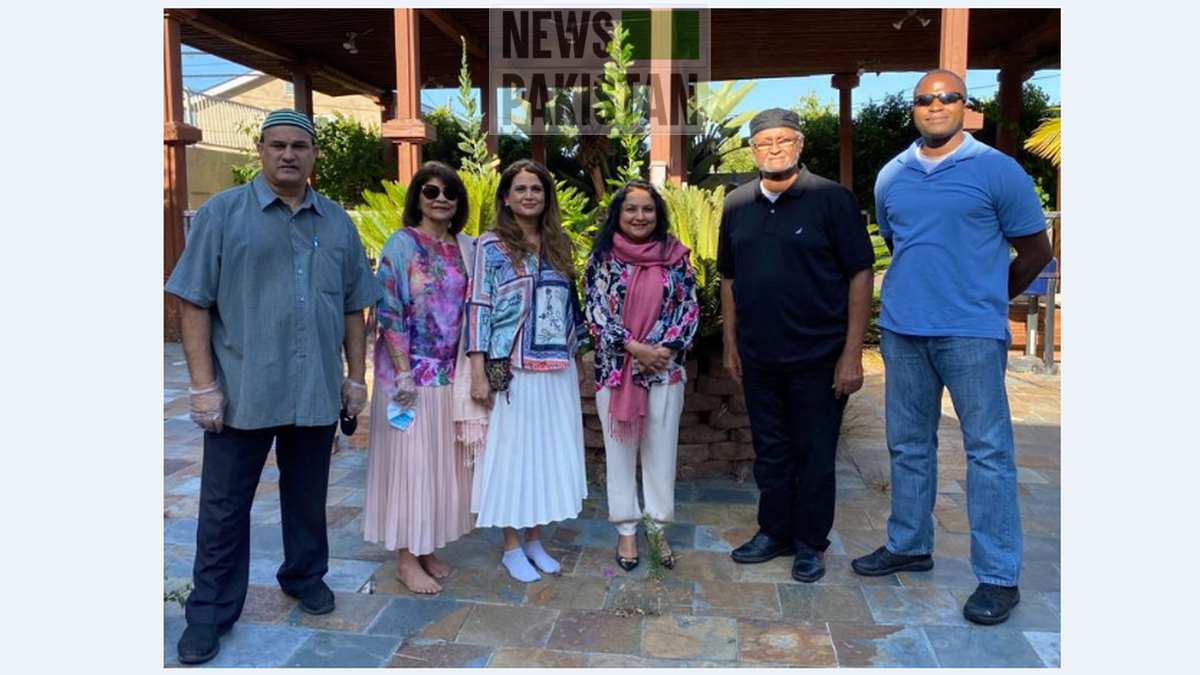 LA: The Pakistani American community has been working relentlessly to uplift people in the situation arising out of continuous lockdowns-driven economic conditions and help people in need while reaching out to communities in less affluent areas of the USA.

While giving a tour of the historic mosque built more than 40 years ago, Imam Aymen Abdul Mujeeb and Mahomed Akbar Khan, one of the pioneers of Interfaith leadership in America, shared the history and background of the mosque, and recalled the turbulent times of the 90’s and how they led a peaceful movement for a change.

Joining Amwec team at the mosque, was the LAPD officer Sean Alexander, a Muslim African American from Los Angeles, Anila Ali, AMWEC president, COVID19 hero Amina Ali, board member Zeba Zebunnesa and team member Saheli Saran, who held insightful conversation with the Mosque team about the ways they can work together as Muslims, Americans and human beings, to help build and empower communities.

“As Muslim Americans, we need to get out into the less affluent communities and find ways to uplift them, through service events, advocacy, and unity. We need more Muslims to get into areas like East LA and help arrange programs to empower youth and engage the interfaith communities. The time for salon talk is over, let’s walk the walk,” said Ali.

Imam Ayman Abdul Mujeeb and Anila Ali agreed that Covid19 has a silver lining and if we think creatively and plan strategically, the present challenges can be converted into future opportunities. “It is a wake up call for all of us to reconnect, rebuild, and reunite as human beings,” they opined.

“We have been receiving a lot of respect from the community while keeping the banner of Islam very high here and we will further build upon this respect through promoting interfaith harmony with other faith communities,” said Imam Abdul Mujeeb.

Anila Ali is a Pakistani American leader, who has been a teacher in LA for more than 15 years. She believes that racism, poverty are issues that can be eliminated with concerted efforts by all stakeholders, but most importantly through education.

Situated in Los Angeles, California, and following Sunni school thought of Islam, the historic Masjid Bilal Ibn Rabah has been around for more than 40 years and in normal circumstances, around 90-100 people congregate here during prayer times.

The mosque is catering to the local Muslim population by extending its service in English language and has provided all the facilities to the Muslims, men and women, coming there to offer prayers.

Amwec board expressed their support for the community and awarded a grant to Imam Ayman Abdul Mujeeb, for being the Imam of the Year, leading the community peacefully through a difficult time. The team also donated some essential consumer items for the mosque. 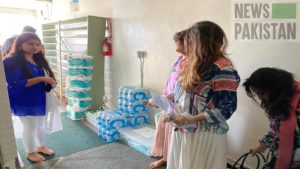 Donation for the Mosque 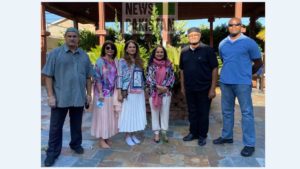 Share on Whatsapp:
Tags: ’Imam of the Year’ Award, newspakistan.tv