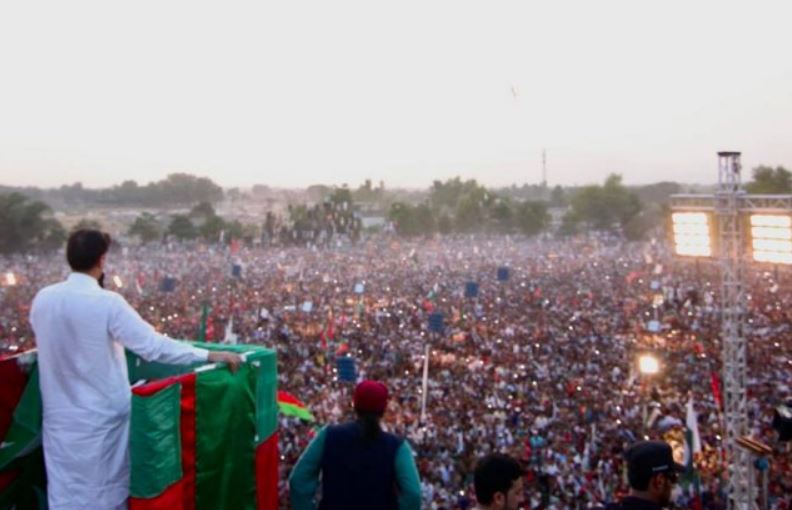 SWABI: Addressing a jalsa here on Monday (16th of May, 2022) deposed PM Imran Khan demanded early elections saying that the incumbent government was the result of a foreign conspiracy.

Former PM stated that his party members would not accept those criminals who had been imposed upon them and they jointly wanted early elections.

Terming the incumbent government a foreign-backed regime, Imran Khan asked the the youth to get ready for the struggle.

Imran Khan pointed out that despite 400 drone attacks, carried out during the Asif Ali Zardari and Sharifs’ tenure, they never condemned any such atrocity.

Cyclone Tauktae will NOT make a landfall on Pak. Coastal belt: PMD