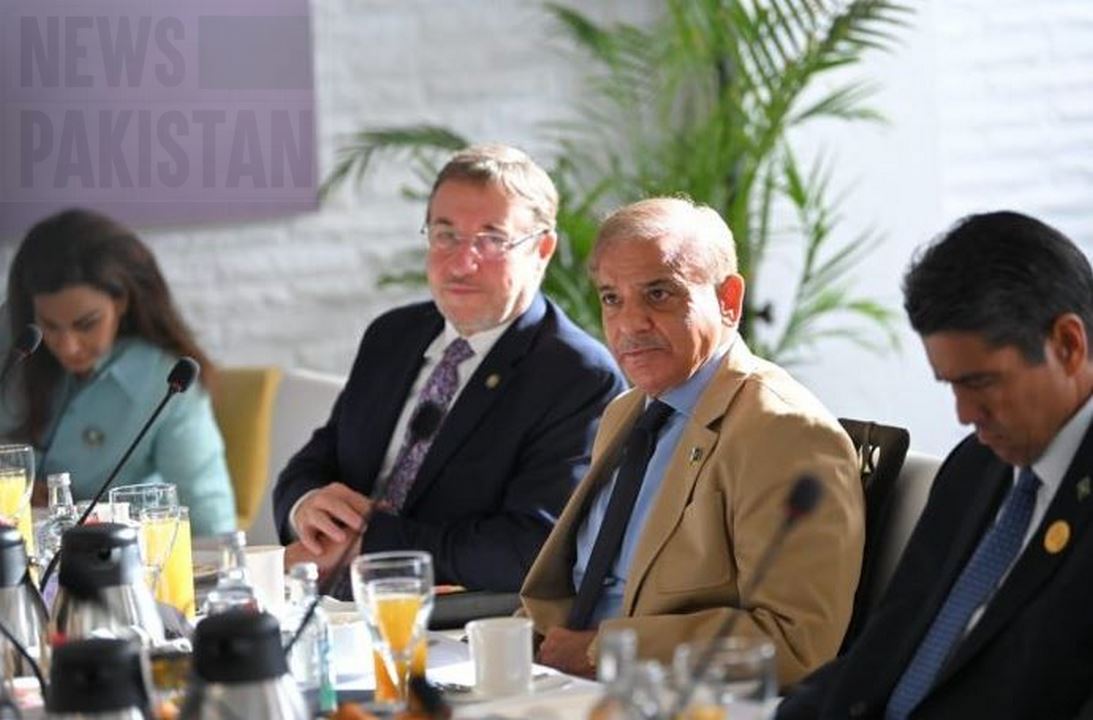 SHARM EL-SHEIKH: Prime Minister Muhammad Shehbaz Sharif on Tuesday (8th of Nov 2022) underscored that the vulnerable developing countries such as Pakistan, were already witnessing unprecedented devastating impacts of climate change, even though they have contributed very little to it.

He also underlined that the issue of ‘Loss and Damage’ is one of the key priorities for Pakistan and welcomed its inclusion as an agenda item of COP-27.

The prime minister attended a high-level roundtable at COP-27 on the “Scaling up Action and Support on Losses and Damages – the Global Shield Against Climate Risks”.

The event was jointly hosted by German Chancellor, Olaf Scholz, and President of Ghana Nana Akufo-Addo on the significant topic of ‘Loss and Damage’ associated with Climate Change.

The meeting was attended by a number of heads of state and government, PM Office Media Wing said in a press release.

The prime minister briefed the participants on the situation in the flood-hit areas of Pakistan and the actions being taken by the Government for the reconstruction and rehabilitation of flood impacted areas.

He highlighted that it was for the first time that the COP had agreed to formally discuss funding arrangements for loss and damage, achieved through persistent push by the developing countries under Pakistan’s chairmanship of Group of 77 and China.

Appreciating the significance of the “Global Shield Against Climate Risks” initiative, the prime minister called for renewed international solidarity and cooperation to address the impacts of climate change.

He underscored that the desired financing facility should serve as the primary vehicle to coordinate and mobilize financial resources to address loss and damage in the developing nations.

He also stressed that COP-27 provided a very timely opportunity to take clear and decisive decisions in this regard.

PM says no effort will be spared for National Security

Locust swarms breed in 38% of Pakistan