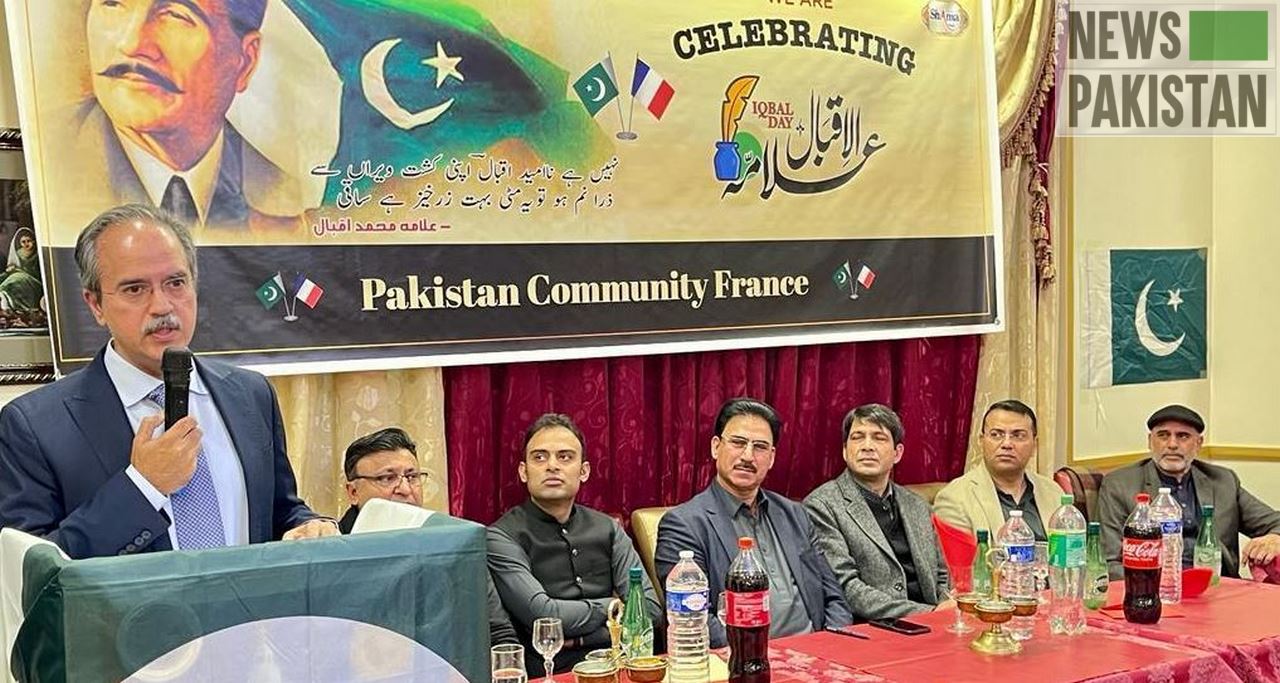 A significant number of prominent France-based Pakistanis participated in the program that commenced with the recitation of the Holy Quran and Naat-e-Rasool-e-Maqbool (Peace Be Upon Him). Following that National anthems of Pakistan and France were played.

H. E. Asim Iftikhar Ahmed, the recently appointed Ambassador of Pakistan to France, was the Chief Guest of the event. Conspicuous among others, from the diplomatic mission, there were Defense Attaché Rizwan Ahmed, Naval Attaché Shafiqur Rahman, Press Attaché Daniyal Gilani and Head Consul Ehsan Karim.

Ambassador Asim Iftikhar, while congratulating the organizers for putting together the exquisite event, maintained that such a beautiful congregation, harboring community representatives from all schools of thought, was a wonderful and unique way of paying tribute to Iqbal.

H.E. Asim Iftikhar, noting that Iqbal’s poetry was for mindful and freedom-loving people, held that Iqbal’s message was not meant for only the populace of his era but also for the coming generations.

Pointing out that Franco-Pak terms will further improve and strengthen in the future, Ambassador said: “Actually, our ambassadors in France are all of you.

“You all are a great asset for Pakistan Embassy. Since you have affiliations with the French people in the domain of business, job and education…You can better present the beautiful and bright image of Pakistan by augmenting communication between the people of two nations.”

Appreciating the services of the members of Pakistani community H. E. Asim Iftikhar Ahmed said that the Embassy and its staff were always at their service.

He assured that they would never have any problem in communicating with the Ambassador and other Embassy officials regarding the community issues: “We will need your better suggestions, support and guidance in the light of which we will further improve the consular section”.