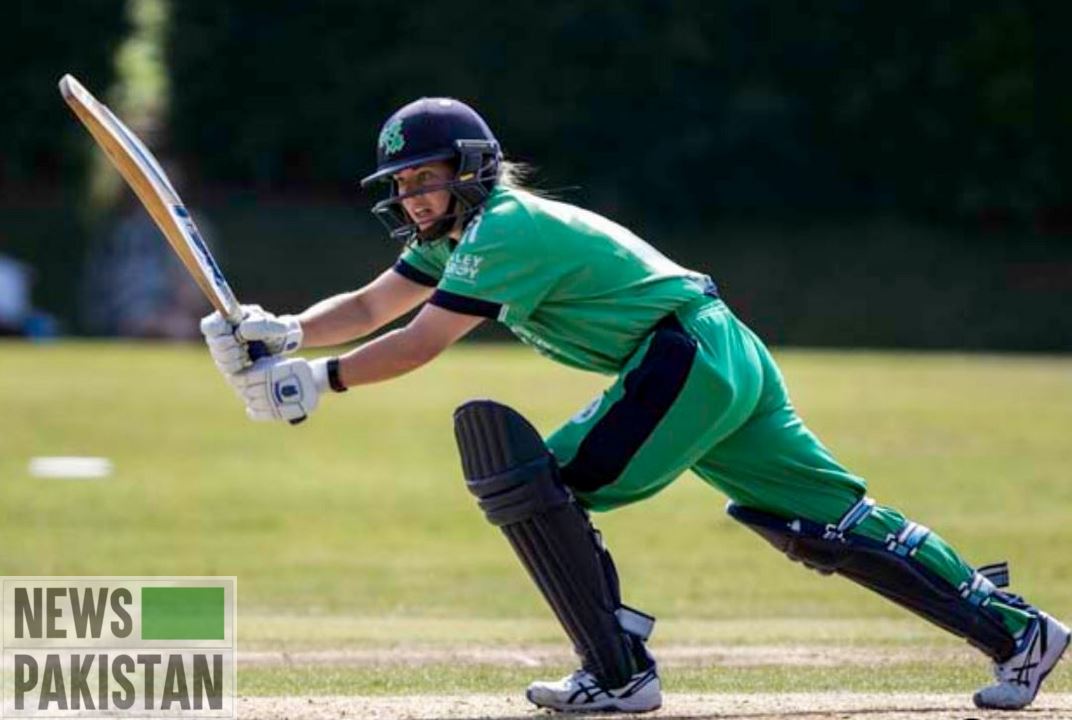 LAHORE: Irish women cricket captain Laura Katherine Delany has said that the love, warmth and hospitality her team received during the 12-day tour to Lahore will remain a cherished part of their lives in the years to come.

In an interview after the third WT20I at the Gaddafi Stadium here on Wednesday, she said they were humbled by the hospitality extended to them by the Pakistan Cricket Board (PCB) and the Lahorites during their brief tour of the historic city, adding the people had been incredibly welcoming.

The Irish women won the WT20I series 2-1 after they defeated the Pakistan women team by a comfortable margin of the 34 runs in the last match of the series. Earlier, the Ireland women had lost the WODI series by 3-0 against Pakistan women.

She regretted the fact that they had a brief tour and could not explore the beautiful city as they would have liked to, but admired the incredibly welcoming people at every place they visited like the Gymkhana Golf and Country Club and the Wagha border crossing.

About their visit to the Wagha border crossing to witness the iconic flag-lowering ceremony, she said it was a unbelievably brilliant experience and they thoroughly enjoyed it, adding that they did not have such opportunity back in Ireland.

Delany made a special mention of the blustering parade by the Rangers jawans during the flag-lowering ceremony (Beating retreat ceremony) and the enthusiasm of the spectators on both sides of the border.

About the Pakistani cuisine, she said she fell for the Saag (a leafy green vegetable prepared from mustard greens) during her sojourn and the Naan bread, adding that although the girls avoided Pakistani spicy food, all of them developed a liking for roti (flat bread made from wheat flour).

About the conditions, she said the batting-friendly pitches were a joy to play, adding that the weather was also pleasant.

She hailed cricket facilities at the Gaddafi Stadium and the batting-friendly pitches as they trained there and played their matches.

The Irish captain expressed the hope that their visit to the cricket-loving country would inspire more and more young girls and promote women cricket in this part of the world.

To a question, she said the team looked forward to return for another bilateral series to a country which worships cricket.