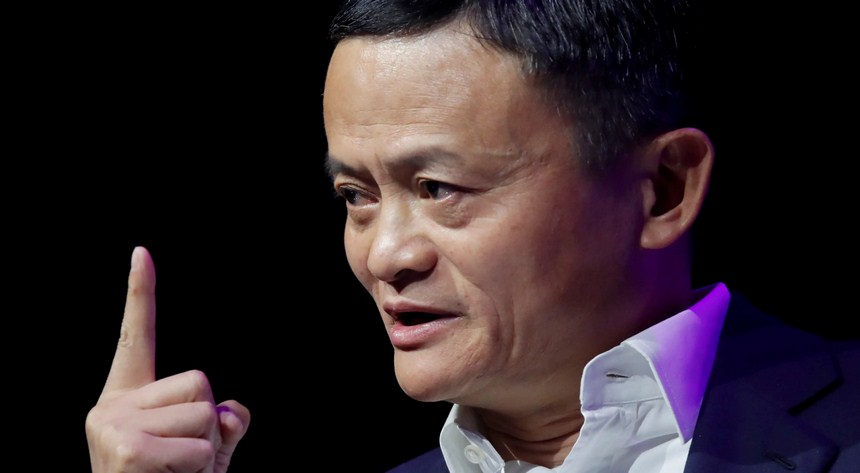 Bewildered by the uncertainties faced by Alibaba Group due to vicissitudes caused by the Sino-US tariff war, its founder Alibaba Jack M has stepped down today as the chairman of China’s online retailing entity that is reckoned as the world’s biggest e-commerce company.

55-year-old celebrated businessman Jack Ma, who is one of the richest men in China, called it a day on his birthday. However, he will remain part of the Alibaba Partnership, a 36-member group with the right to nominate a majority of the company’s BoDs. It is pertinent to mention here that Ma who used to teach English language, founded Alibaba two decades ago at the age of 35 with an aim to connect American retailers to Chinese exporters. Presently Ma’s fortune is estimated at Ma’s fortune at $38 billion.

It may be recalled that Alibaba’s $25 billion initial public offering on the New York Stock Exchange in September 2014 was the biggest by a Chinese company, so far.

Alibaba’s augmentation in online sales decelerated to 17.8% in the first half of 2019 amid slowing Chinese economic growth, down from 2018’s full-year rate of 23.9%. Interestingly, the goods sold across Alibaba’s e-commerce platforms rose 25% last year to $853 billion whereas, Amazon.com Inc (the biggest e-commerce company of USA) sold $277 billion worth of goods.

Daniel Zhang, a former accountant is Ma’s successor. He joined Alibaba some twelve years ago. Previously he discharged his duties as the president of Alibaba’s  consumer-focused Tmall.com business unit.

Their chat, which was livestreamed, was part of the opening events for the annual World Artificial Intelligence Conference (WAIC) in Shanghai.

When the scheduled conversation by the tycoons was first announced, speculation was rife that they could use the podium to talk about issues such as the U.S.-China trade frictions, which both had previously publicly commented on, a factory Tesla is building in Shanghai, or Ma’s impending retirement from Alibaba.

But the duo avoided all mention of those issues, instead chatting for over half an hour about their vision of how technology, especially artificial intelligence, will shape the future.

“I’m always amazed by your vision of technology, I’m not a tech guy,” Ma said in his first remarks to Musk, before going on to talk about how artificial intelligence was not a threat.

Ma described himself as “optimistic” about AI’s impact on humanity, adding that people who worry too much about it have what he calls “college smartness”. “People like us that are street smart, we’re not scared of that.”

They also went on to talk about space travel, with Ma complimenting Musk on his attempts to journey into Mars via SpaceX while Musk noted China’s advancements in that area, as well as how “inadequate” humans were against computers.

Musk did not make any announcements on his underground tunneling enterprise, The Boring Company, although he had tweeted earlier this month that he would launch a China unit at the WAIC. He told Reuters after his chat with Ma that it could “hopefully” still happen, without elaborating.

Tech employee Simon Zhang, who was in the audience, told Reuters he left with the impression that Musk, who arrived in Shanghai in the morning, was suffering from jet lag.

“The conversation was not as exciting as I expected,” he said. “They were each talking about their own separate topics.”

Another audience member, who gave his name as Cheney, expressed similar disappointment.

“People were looking forward to this. But what Musk said about artificial intelligence he has said millions of times before, and Jack Ma was just being Jack Ma.”

Chinese website Sina Technology in a post on the country’s Twitter-like Weibo service noted that Musk at times appeared at a loss for words.

“The opening of the ‘Double Ma Meeting’ was a bit cold,” it said, referring to the Mandarin Chinese translation of Musk’s name.

One of Shaikh Mujib-ur-Rehman’s killers hanged to death

Chinese entities deposit $2.3B in SBP