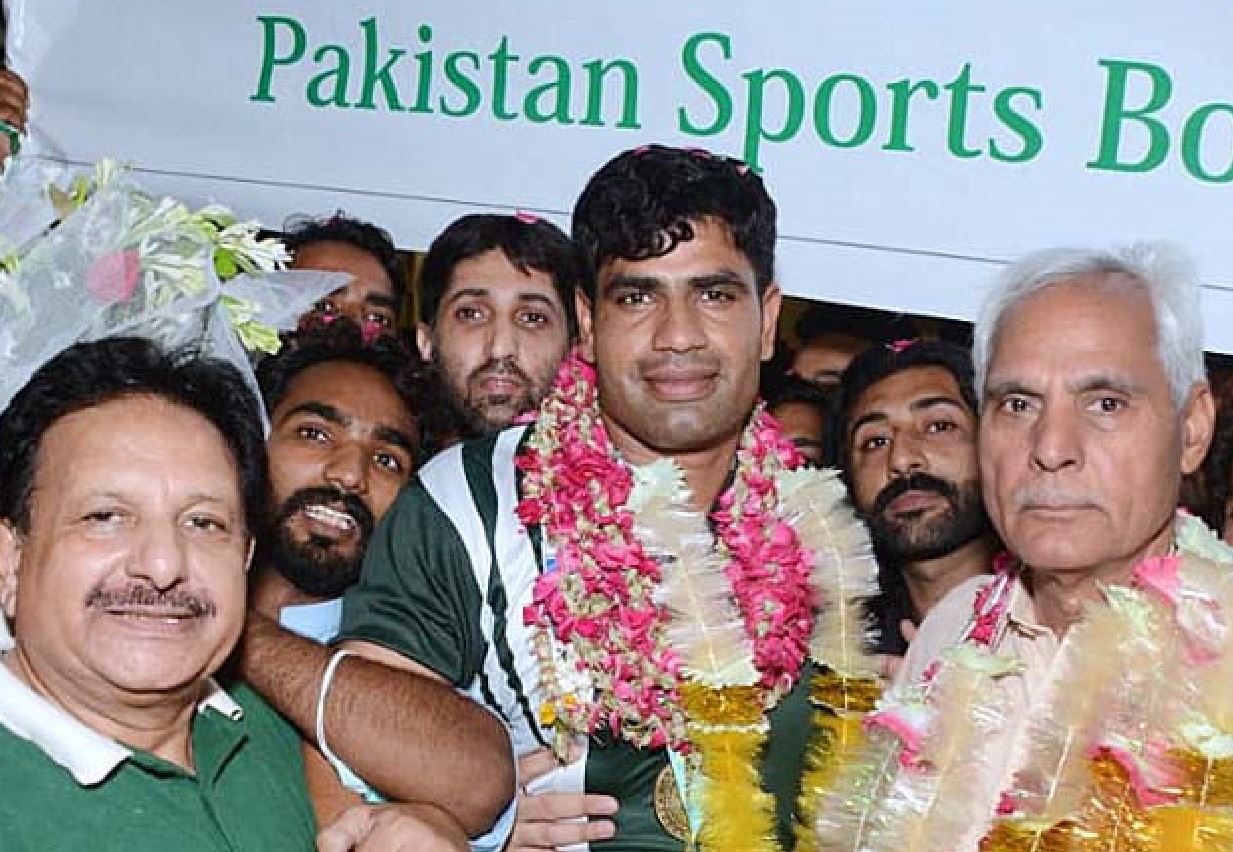 Speaking on this occasion, Punjab Minister for Sports said a world class stadium equipped with all modern facilities will be constructed in Arshad Nadeem’s village in Mian Channu.

“Arshad Nadeem has made the entire nation proud with his exceptional gold medal winning performance,” he added.

Malik Taimoor Masood further said that Arshad’s twin gold medals in Commonwealth Games and Islamic Solidarity Games will prove to be a great inspiration for young athletes of the country. “Sports and Youth Affairs Department Punjab will utilize all resources for the promotion of athletics across the province”.

Punjab Sports Minister further said that an impressive ceremony would be arranged in honor of all medal winners of Commonwealth Games and Islamic Solidarity Games.

“We are quite hopeful that Arshad will maintain his gold medal winning performance in future international javelin throw events,” he anticipated.

Speaking on this occasion, Arshad Nadeem thanked Punjab Minister for Sports and DG, SBP for extending every kind of help to him to prepare for international events.

“I did my most of training at Sports Board Punjab’s top standard venues and this training played a key role in my success at both Commonwealth Games in Birmingham and Islamic Solidarity Games in Konya, Turkey”.

He also appealed to the government to give him international level training facilities for future world athletics events.

A large number of athletics enthusiasts were also present at the airport to receive the national hero. They garlanded gold medalist Arshad Nadeem and danced to the beat of drum.

Coronavirus: All 19 cases are from abroad!

Pakistan can learn from Chinese experience in preserving cultural heritage