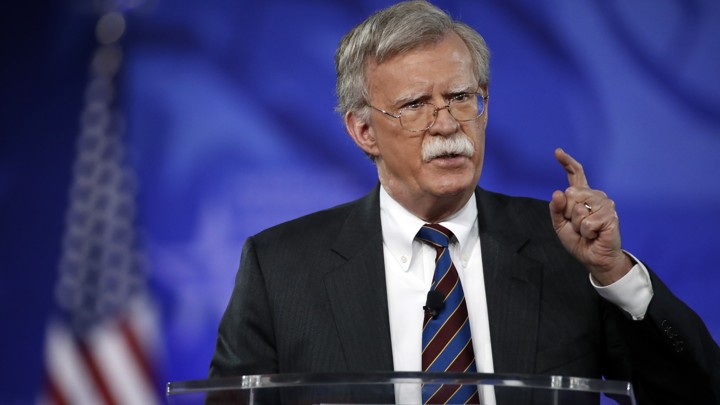 The purpose of the call was to provide him Pakistan’s perspective on the recent regional developments.

Shah Mehmood Qureshi said that Indian aggression of 26 February was a violation of Pakistan’s territorial integrity and sovereignty as well as the UN Charter. He also said that Pakistan’s response on 27 February was purely in self-defense against external aggression.

He informed John Bolton about the de-escalatory measures taken by Pakistan. He said Prime Minister Imran Khan decided to hand over the Indian pilot as a gesture of goodwill towards India. He said Pakistan wishes peace and stability in the region.

He said Pakistan’s High Commissioner to New Delhi has also returned to Delhi after consultations and Pakistan would send an official delegation to India on Thursday to discuss the agreement on the operationalization of the Kartarpur Corridor. He said Pakistan is also ready to continue weekly contacts at the Military Operations Directorate level.

John Bolton said that he and US Secretary of State Mike Pompeo, despite being actively engaged in talks with North Korea in Hanoi, monitored the developments between India and Pakistan and kept contact with the leadership of two countries to ensure that the security situation in the South Asia region did not deteriorate. He appreciated Pakistan’s measures, which had helped to lower the tension and urged continued restraint on both sides.

The need for dialogue between Pakistan and India to find a peaceful resolution to all outstanding disputes was also emphasized. The Foreign Minister cautioned against any Indian misadventure, keeping in view the forthcoming elections, which John Bolton concurred.

Bolton also appreciated Pakistan’s important role in the Afghan peace process. Both leaders agreed to work together to pursue the process.