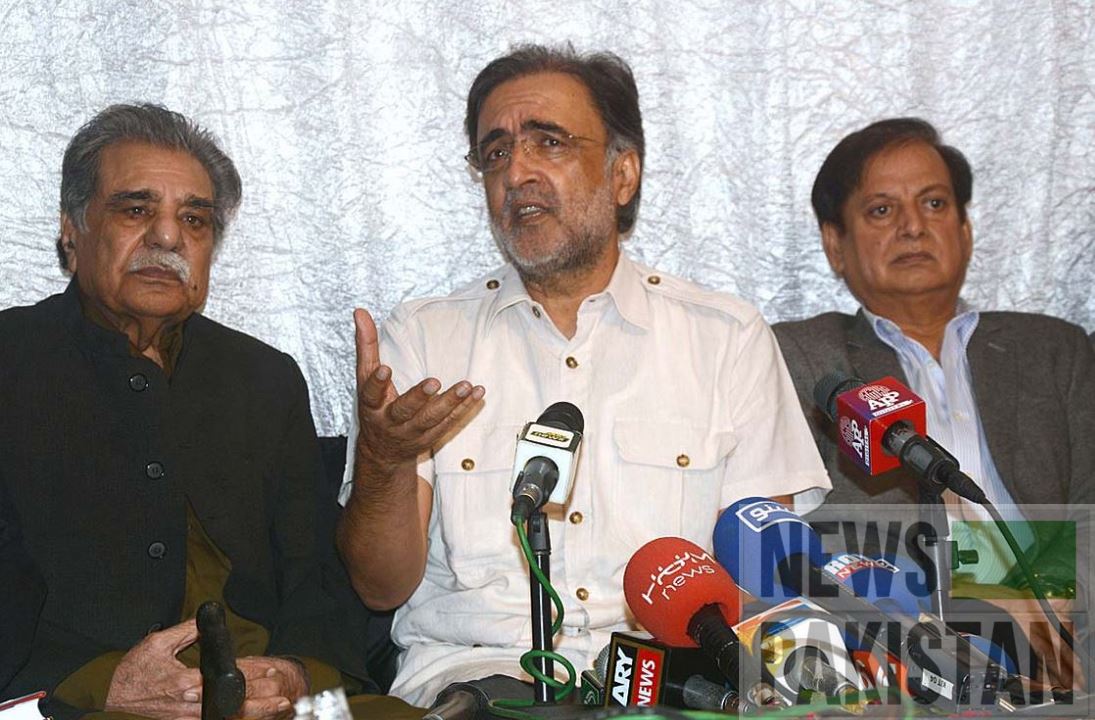 ISLAMABAD: Adviser to Prime Minister on Kashmir and Gilgit Baltistan Affairs Qamar-u- Zaman Kaira has said that India was engaged in planned genocide of Muslims in Illegally Indian Occupied Jammu and Kashmir (IIOJK) and demanded the world community to take cognizance of the act.

In a statement issued here on Sunday (6th of November) on the eve of Jammu Martyrs Day, Kaira recalled that on this day in 1947, Dogra forces and Hindu extremists turned the Muslim majority of Jammu into minority by killing more than hundred thousand people and forcing millions to migrate to Pakistan.

Kaira said that the darkest night of oppression and atrocities by the Indian forces were continuing for the last 75 years in IIOJK and the oppressor was making nefarious efforts to alter the demography of the Muslim majority valley of Kashmir.

Qamar-u-Zaman KairaKaira further said that in a bid to strengthen its illegal occupation, India unilaterally and illegally repealed the special status of Jammu and Kashmir on August 05, 2019 and more than hundred thousand of domiciles had been issued to non Kashmiris.

Besides this, he said that through delimitation and increase in special seats, India was trying to turn Muslims into minority in the assembly and other representative forums which he said was a clear violation of international laws, UN resolutions on Kashmir and 4th Geneva convention.

He said that the people of Jammu and Kashmir were determined to achieve the goal of right to self-determination and India despite oppression, killing uncountable people and unprecedented atrocities, could not let down the Kashmiri people from the demand of right to self determination.

Kaira renewed the pledge that Pakistan would continue full support to the demand of right to self-determination of Kashmiri people and their voice was being raised effectively at all international forums.