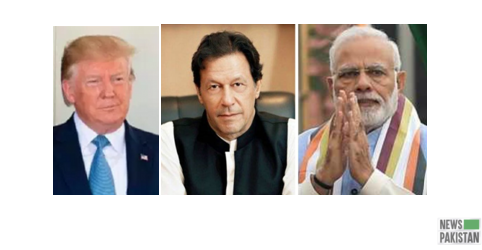 ISLAMABAD: PM Imran Khan has taken President Donald Trump into confidence about the UNSC meeting on the issue of IoK.

Talking on telephone in detail, PM conveyed Pakistan’s concern on recent developments in IoK and the threat they pose to the regional peace. They also agreed to remain in contact over the Kashmir issue.

Pondering over the situation in Afghanistan, PM Imran Khan reiterated that Pakistan had been playing a constructive role to bring peace in Afghanistan and it made efforts in the past and would do so in future too.

Foreign Minister Shah Mehmood Qureshi informed that Pakistan, that had contacted four of the five permanent members of the UNSC, was also trying to contact French President.