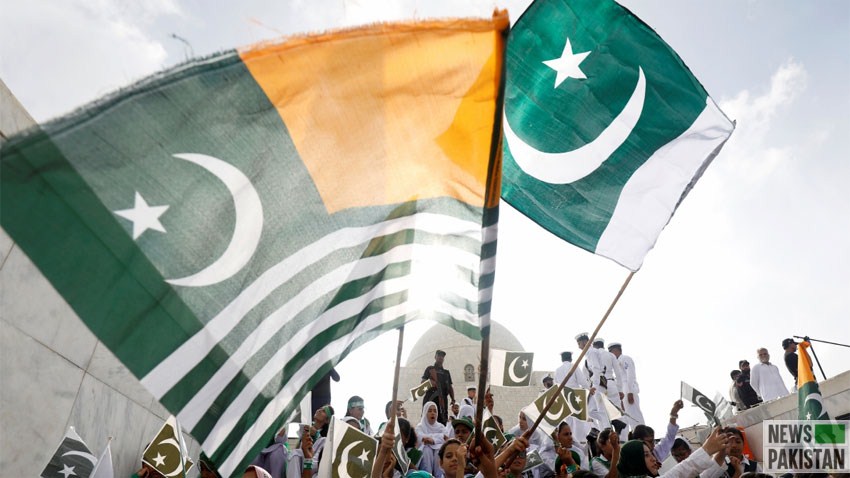 MUZAFFARABAD: The Kashmiri people from both sides of the line of control (LOC) will observe the accession to Pakistan day on Monday (19th of July) with the firm determination to continue their struggle for the liberation of occupied Kashmir from Indian shackles in light of the United Nations resolutions.

Functions and seminars will be held in the different parts of liberated state of Azad Jammu and Kashmir and Kashmiri living other parts of the world to draw the world’s attention towards the continued Indian state sponsored terrorism against the unarmed Kashmiri people and seek international attention towards the unresolved Kashmir dispute, which was posing a potential threat to world peace.

The Azad Jammu and Kashmir Prime Minister Raja Muhammad Farooq Haider Khan In his message on the occasion said that 19th July has a significant importance in the freedom struggle history of Kashmir when the Kashmiri decided to attach their destiny with Pakistan.

He said, the valiant Kashmiri people have been struggling to envisage the dream of accession to Pakistan and have been offering unprecedented sacrifices for the last seven decades to achievement the goal of freedom from Indian yoke.

The Azad Jammu and Kashmir Prime Minister Raja Muhammad Farooq Haider Khan said the India has deployed more than eight hundred thousand Indian forces in occupied Kashmir to crush the liberation struggle launched by the people of occupied Kashmir for the implementation of their fundamental right, the right to self determination, he said added.

He expressed the hope that the dark nights Indian state terrorism and the suppression would go over soon and Kashmiri people would succeed in getting their internationally recognized their birth right, the right to self determination and the whole state will march towards their final destination through the resolve of accession to Pakistan PM Haider maintained.

Kashmir Issue, OIC determined to play its due role