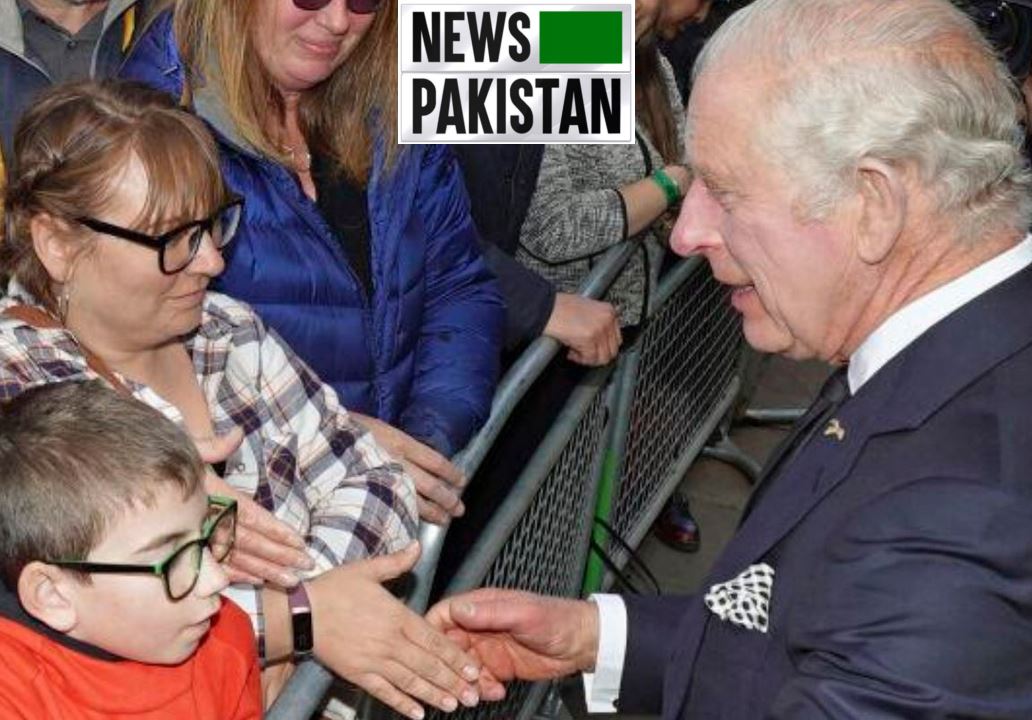 LONDON: King Charles III and his oldest son Prince William were on Saturday (17th of September, 2022) greeted by cheers as they shook hands with people queuing for hours through London to see Queen Elizabeth’s coffin as it lies in state ahead of her funeral.

Cries of “God Save the King” came from the crowd as the new monarch and heir to the throne thanked members of the public before attention turns to the stream of world leaders arriving for the grand state send-off on Monday.

“I’m so happy. He was so calm, and friendly and he was so gentle,” said Geraldine Potts-Ahmad, a secretary in her late 50s, as she struggled to contain her emotions after shaking hands with Charles.

“He is going to make the best king. That gentleness and that tenderness, I saw the queen in that.”

The queen’s death on 8 September aged 96, after a record-breaking 70 years on the throne, has sparked an outpouring of emotion.

Members of the public are braving waits that have stretched to more than 25 hours, and chilly night-time temperatures, to view her flag-shrouded coffin.

Princes William and Harry were later set to lead a vigil of Queen Elizabeth II’s eight grandchildren at her coffin, joining tens of thousands of members of the public who have been queuing round the clock for days.

Lines have snaked for miles along the River Thames since Wednesday, when her coffin was brought to the UK parliament complex.

Those inside parliament’s Westminster Hall for the lying-in-state received a shock late on Friday when a man burst out of the line and approached the coffin, which sits topped with the Imperial State Crown.

A live television feed of the mourners briefly cut away around 10:00 pm (2100 GMT) as police detained the man, two hours after Charles and his three siblings had held their own vigil in the cavernous hall.

“He was arrested for an offence under the Public Order Act and is currently in custody,” London’s Metropolitan Police said.

Some 435 people have needed medical treatment, often for head injuries after fainting in the queue, the London Ambulance Service said.

But Jenna O’Sullivan, a charity worker from Pontypridd in Wales, said her 14-hour wait was well worth it after paying her final respects at the coffin.

“It was so emotional, with such a nice atmosphere of peace and calm,” the 36-year-old said.

“The queue was long but it felt like a celebration. We made some lovely friends.”

Police are mounting Britain’s biggest-ever security operation for Monday’s funeral, as hundreds of dignitaries including US President Joe Biden are set to jet in.

Less than two weeks into her premiership, British Prime Minister Liz Truss was on Saturday beginning a packed weekend of meetings with world leaders including her counterparts from New Zealand, Jacinda Ardern, and Australia, Anthony Albanese, at the government’s Chevening country residence.

Charles, meanwhile, was on Saturday scheduled to meet the prime ministers of the Commonwealth realms – the 14 former colonies over which he now reigns in addition to the United Kingdom – including those of Australia, The Bahamas, Canada, Jamaica and New Zealand.

From Australia and Canada to Jamaica and Papua New Guinea, they have formally proclaimed him their new sovereign.

But republican movements are gaining ground in many of the countries, and efforts to keep them all in the royal fold will likely be a feature of his reign.

Charles on Friday wrapped up his maiden tour as monarch to the four UK nations with a visit to Wales, part of an operation dubbed “Spring Tide” to launch him in his new role.

Imran Khan at top among the personalities getting highest ‘media hours’