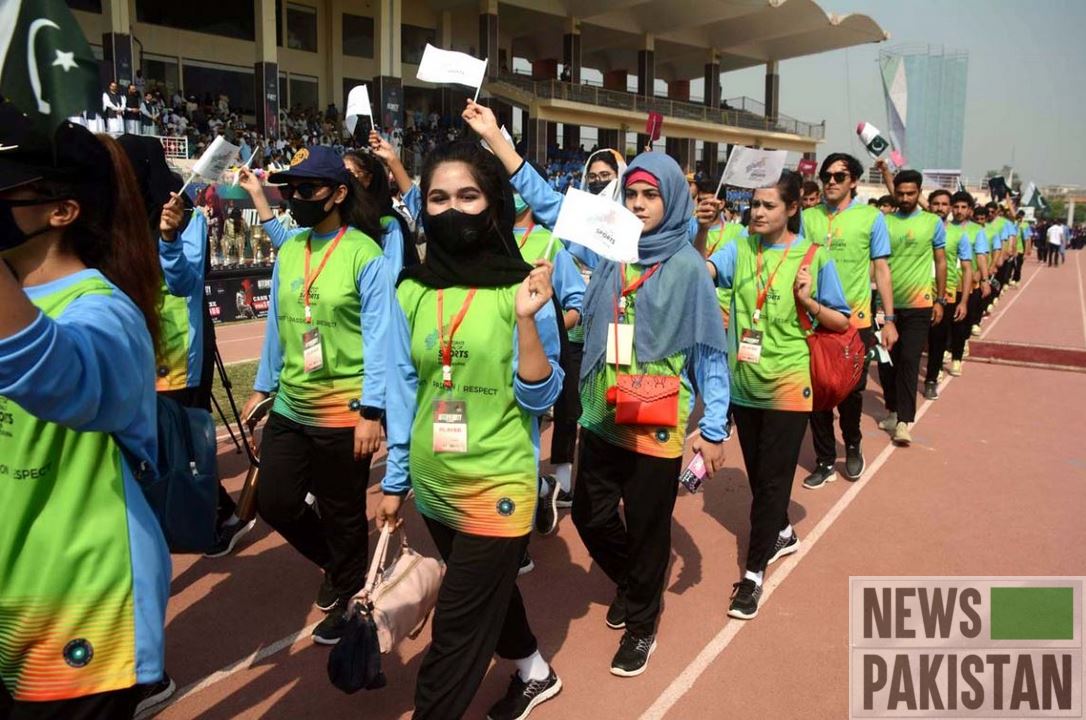 Muhammad Atif Khan soon after the recitation from the Holy Quran by Muhammad Ali Wajid, formally inaugurated the Games, unavailing of logo, Youth and Director General Sports in a big bang and great enthusiasm were also witnessed.

The ceremony was started on a march past wherein balloons, pigeon, and banners inscribed with different sports slogans were also released in the air. Peshawar Sports Complex was decorated and security was tight as more than 3000 athletes and officials were participating in the six-day competitions.

Muhammad Atif Khan in his address, said that the purpose of organizing the games was to provide opportunities to the players to come forward. The future players would brighten up the nation not only at the national level but also at the international level, this would also give us the best talent.

Atif Khan said that these games would follow Inter-School and Inter-College Games wherein thousands of students would participate. He expressed hope that there is no shortage of talent among the players of our province and if they continue to get opportunities like this, they will make the name of not only the province but also the country and the nation shine all over the world.

He paid glowing tribute to the organizing team for organizing the best games. On this occasion, DG Sports Khalid Khan highlighted the importance of Inter-Varsity sports in his address and said that the competitions are being organized in the light of the special instructions of the Provincial Sports Minister Muhammad Atif Khan and this series will continue in the future.

Millions of US users to be hit by WeChat block