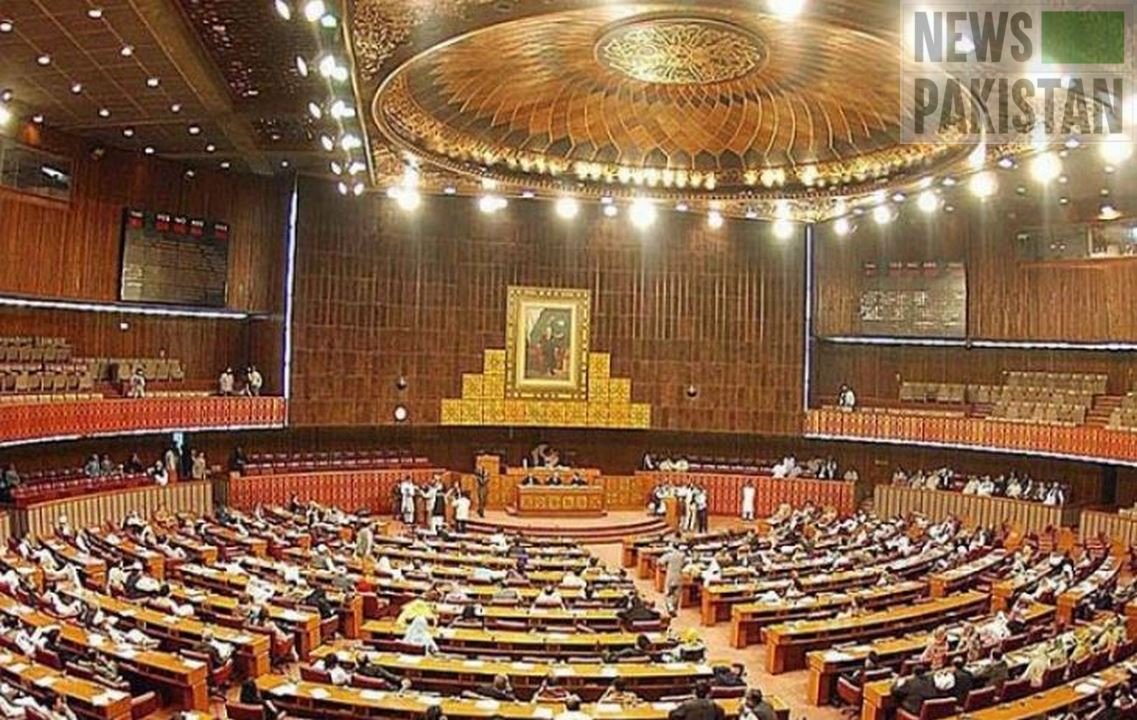 ISLAMABAD: The lawmakers in the National Assembly on Monday (24th of October, 2022) condemned the killing of journalist,anchor person Arshad Sharif and demanded for fair investigation into the incident.

Speaking on the floor of the National Assembly, MMAP lawmaker Salah Uddin Ayubi condemned the killing of journalist Ashrad Sharif in Kenya and condoled the bereaved family members to bear this irreparable loss.

He demanded an investigation into this incident.

He said that the people of Karachi and Multan had exposed those who told lies to them in 2018.

Salahuddin Ayubi said that the financial scams of BRT in Peshwar and Malam Jaba should be investigated.

He said that the Election Commission of Pakistan (ECP) had given a historical verdict by declaring the person a thief who sold gifts of the state.

She said that fair investigations should be ensured in the case. She also demanded the chair to ensure the presence of ministers in the House and the interest of lawmakers in the proceedings of the lowe house.

MNA Nisar Ahmed Cheema said that the killing of a renowned journalist was a tragic incident and demanded a fair investigation into the incident.

He also congratulated two new MNAs who took oath over winning by-elections in Multan and Karachi.

Cheema said that Yusuf Raza Gilani was known as a decent politician and his son Ali Musa Gilani would follow his father in politics.

He said that Abdul Hakeem Baloch was a seasoned politician and the members of the house welcomed him in the lower house.

He said all rehabilitation in flood-hit areas should be the priority of provincial and federal governments and all politicians should play their role in that regard.

Muttahida Quami Movement Pakistan, Kishwer Zehra strongly condemned the killing of Arashd Sharif and demanded the government to conduct a transparent investigation into the case.

He also felicitated the Hindu Community in the country on their religious festival of ‘Diwali’.

He also demanded a fair investigation into the Arahsa Sharif’s murder.

He expressed complete solidarity with the people of illegally Indian-occupied Jammu and Kashmir (IIOJK) and said the people of Pakistan were supporting firmly Kashmiri brethren in their struggle for their just cause.

Pakistan Tehreek-e-Insaf Muhammad Afzal Khan Dhandla also condemned the killing of Arshad Sharif and demanded the government to unearth the truth behind this incident.

He also congratulated the two newly elected members of the house.

He also congratulated the Pakistan People’s Party for winning MNA seats in the by-election.

PML-N MNA Chaudhry Mahmood Bashir Virk condemned the malicious campaign against the Pakistan armed forces and urged the government to take action against them.

Police dept being made commensurate with modern needs: Dr Firdous