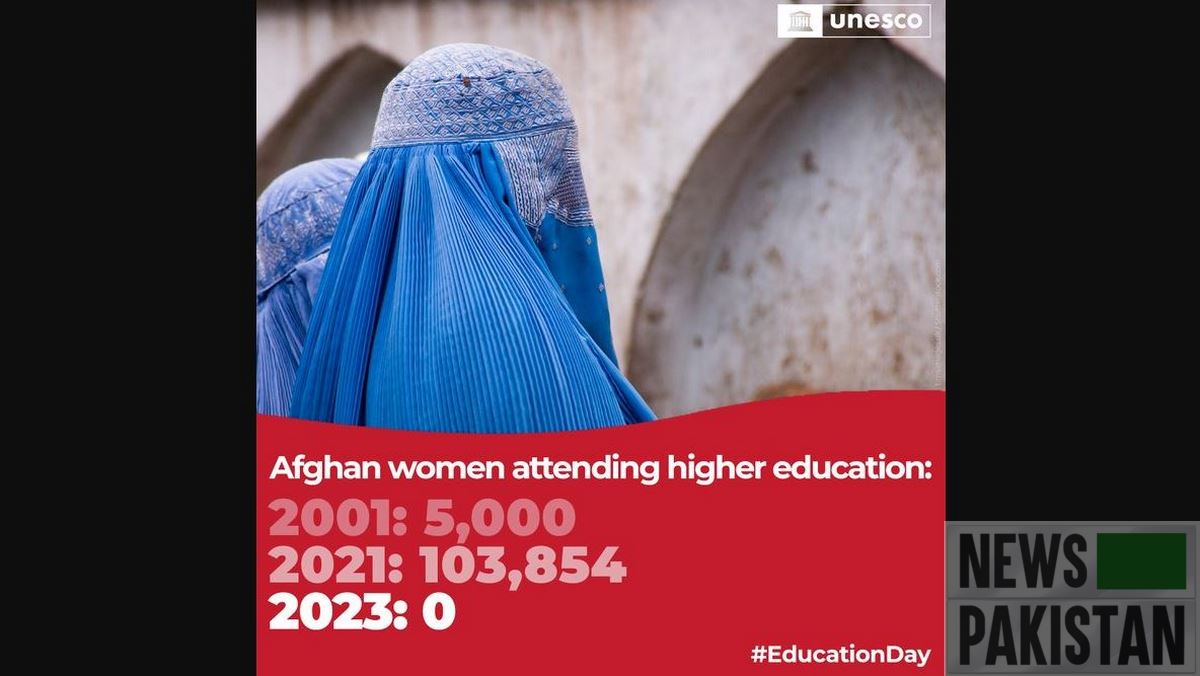 Today, they are NOT allowed to pursue higher education in the country. This is unacceptable!

Everyone has the right to education. Everybody. But in Afghanistan, girls and women have been deprived of this fundamental right: They are no longer allowed to attend secondary school and higher education.

This devastating decision threatens to wipe out huge gains made in education over the past 20 years despite major challenges. It also makes Afghanistan the only country in world today to suspend girls’ and women’s access to education.

The country risks a lost generation as educated women are essential for its development. Afghanistan – or any other country – cannot advance if half of its population is not allowed to pursue an education and participate in public life.

On International Day of Education (24 January), UNESCO is calling for an immediate and non-negotiable access to education and return to school for all girls and young women in Afghanistan.

Since September 2021, the return to school for all Afghan girls over the age of 12 have been indefinitely postponed leaving 1.1 million girls and young women without access to formal education.

Currently, 80% of school-aged Afghan girls and young women – 2.5 million people are out of school. Nearly 30% of girls in Afghanistan have never entered primary education.

The number of women in higher education had increased almost 20 times during 2001 and 2018 and before the recent suspension one out of three young women were enrolled in universities.

Literacy rates for women doubled during the period, from 17% of women being able to read and write in 2001 to nearly 30% for all age groups combined.

UNESCO has been strongly involved in supporting the education system in Afghanistan during the last 20 years, including running a successful literacy programme that reached over 600,000 youth and adults. 60% of the beneficiaries were women.

Since August 2021, UNESCO has shifted its interventions to ensure continuity of education through community-based literacy and skills development classes for over 25,000 youth and adults, including 60% women and aolescent girls in 20 provinces.

Its advocacy campaign “Literacy for a Brighter Future” reached out to over 20 million Afghans to increase public awareness of the right to education for youth and adults, especially women and adolescent girls.

UNESCO is also working on an education data monitoring initiative to ensure reliable data so that education partners channel funding to the most critical and unmet education needs.