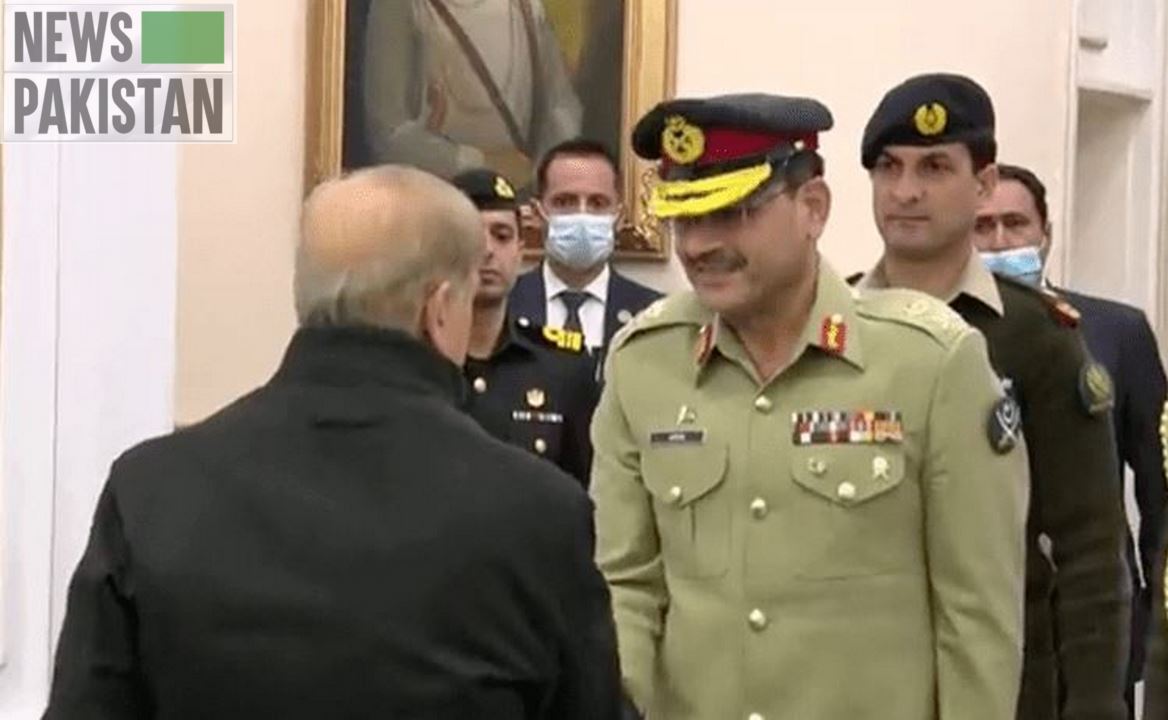 Earlier in the day PM nominated him as Chief of Army Staff and  Lt. Gen. Sahir Shamshad Mirza as Joint Chiefs of Staff and his advice has duly been endorsed by President Dr. Arif Alvi in the evening.

Taking to the Twitter Information Minister Marriyum Aurangzeb informed: “The Prime Minister of Pakistan Muhammad Shahbaz Sharif has decided to appoint Lt. Gen. Sahir Shamshad Mirza as the Chairman of the Joint Chiefs of Staff and Lt. Gen. Syed Asim Munir as the Chief of the Army Staff using the constitutional authority. A summary of this has been sent to the President of Pakistan”.

Defense Minister Khawaja Asif while talking to the Media confirmed the nominations and that the advice had been forwarded to the president.

“The advice has gone to President Alvi. Now Imran Khan’s test is whether he wants to strengthen the institution of national defense or make it controversial. It is also a test for President Alvi. Will they follow political advice or legal advice? As the Supreme Commander of the Armed Forces, it is his duty to protect the country from political conflicts”, Khawaja Asif Tweeted.

After a 45-minute discussion apropos constitutional, political and legal issues regarding the army chief’s appointment, he went back to Presidency.

PTI’s Fawad Chaudhry had informed that President House would issue a statement in this regard at 7PM today (24th of November, 2022).

Nevertheless, savants at the helm of affairs had informed that President would not only endorse the PM’s advice but would also meet the nominated Army Chief this evening.

Statement issued by the Aiwan-e-Sadr informed that the President had signed the summary received in his office today (24th of November, 2022) and the promotions and appointments were made under article 243(4) (a) and (b) and article 48(1) of Pakistan’s Constitution.

The statement held: “The president has promoted Lieutenant General Syed Asim Munir HI(M) to the rank of General with immediate effect and appointed him as Chief of Army Staff with effect from 29th November 2022.

“President Dr Arif Alvi has promoted Lieutenant General Sahir Shamshad Mirza HI(M) to the rank of General with immediate effect and appointed him as Chairman Joint Chiefs of Staff Committee with effect from 27th November 2022.”