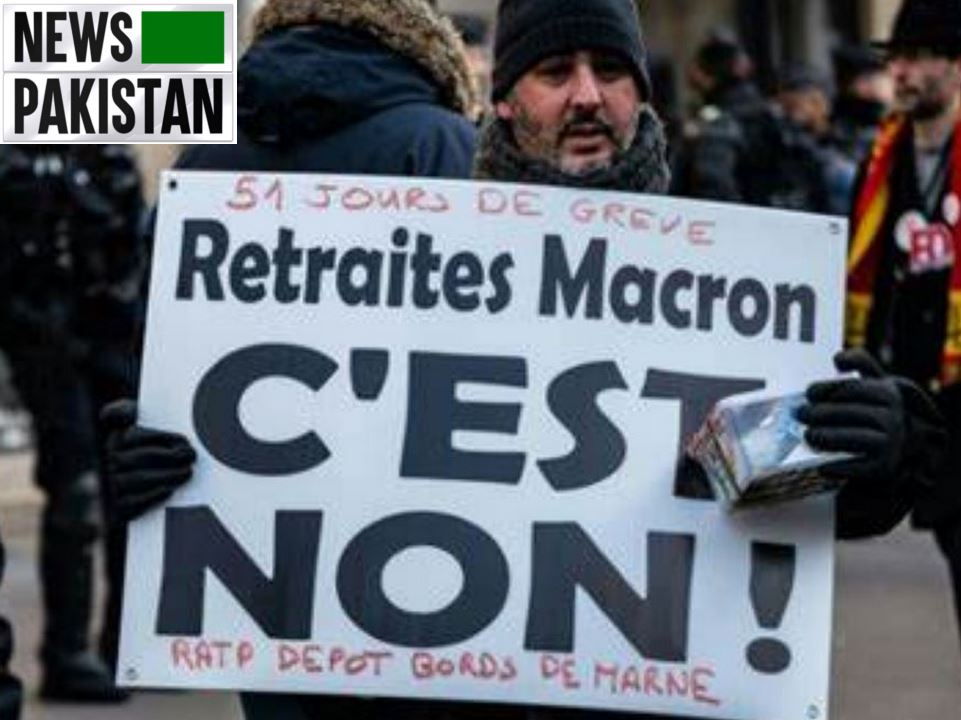 PARIS: French schools, trains and businesses are set to be affected Thursday by the first major strike called since the re-election of President Emmanuel Macron in April, as unions push for wage hikes and the end of planned pension reform.

The extent of disruption remains uncertain, however, with the strike a test for the CGT union behind the protests, which is seeking to build support for a lengthy battle with the centrist government.
Macron has approved pay rises for civil servants and teachers and put in place one of Europe’s most generous anti-inflation safety nets that has capped energy prices for households and held down inflation.
But his insistence on raising the retirement age from its current level of 62 — one of his main re-election campaign pledges — has stirred up unions and other left-wing opponents and remains broadly unpopular around the country.
The retirement age changes are set to take effect next year.
“We are against pushing back the age of retirement because we consider it an aberration when there are so many unemployed people in this country,” Philippe Martinez, the head of the CGT, told the BFM broadcaster on Tuesday.
“Keeping people with work in their work means that people who haven’t got any can’t find it,” he added.
With deficits spiralling and public debt at historic highs, the former investment banker has argued that pushing back pensions and getting more people into jobs are the only ways the state can raise revenues without increasing taxes.
His centrist party lost its majority in parliament in June, severely undermining his ability to push through changes.
Macron’s Prime Minister Elisabeth Borne nevertheless told AFP Thursday that the government would not seek to tack on the pension reform to a wider social security budget law as initially planned.
“There are important questions we want to open talks about” with other political parties, unions and employers’ groups, Borne said.
“We’re starting from the assumption that we’ll be able to hold a dialogue,” she added — although parts of the opposition completely reject any changes.
“If the president insists on declaring a social war on the people, we will respond with all the means at our disposal,” the parliamentary leader of the France Unbowed (LFI) political party, Mathilde Panot, tweeted on Wednesday. Thursday’s strike has been called by the CGT, France’s second-biggest union, with backing from smaller partners Solidaires and FSU.
The influential CFDT and hard-left FO unions have declined to take part, underlining splits in the country’s once formidable labour movement, which has struggled to stop Macron’s economic and social security reforms since he came to power in 2017.
Around one in 10 schools in Paris are expected to shut for the day on Thursday, while 300 will close in the southern Bouches-du-Rhone area, which includes Marseille.
“We can really see that teachers are fed up with their salaries… if on top of that, there’s the issue of pensions, it risks creating some sparks,” said Guislaine David from the Snuipp-FSU union.
SNCF railways and the RATP metro system in Paris are also bracing for disruption to services, while employees of oil and gas giant TotalEnergies have been on strike since Tuesday.
Despite anger over the soaring cost of living, Macron is in a hurry to push through pension reform, which he first promised in 2017 before pausing in 2020 during the Covid-19 pandemic.
“I don’t know anyone who wants to work for longer, but I don’t know anyone who thinks they are not going to work for longer,” a minister close to the president told the Media last week on condition of anonymity.
“Maybe I’m mistaken, but I’m not sure that the turnout will be as large as the unions and LFI are hoping for,” the minister said.

Britain’s opposition split over best way to oust May

China opposes US decision to revoke designation of ETIM