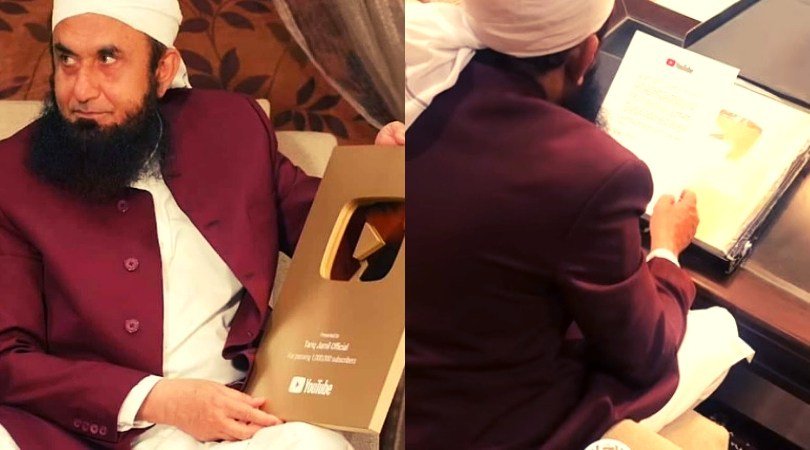 LAHORE: Highly revered Islamic scholar Maulana Tariq Jameel got a big reward from YouTube for reaching one million subscribers on his channel.

Maulana Jameel’s channel has become the first Islamic channel in Pakistan to receive this award. He posted a video of him unboxing his award.

He was also listed as one of the best speakers in the 2013 edition of The Muslim 500 book.

Throughout his life, he has influenced many actors, musicians,  including Junaid Jamshed and Veena Malik, with his teachings.