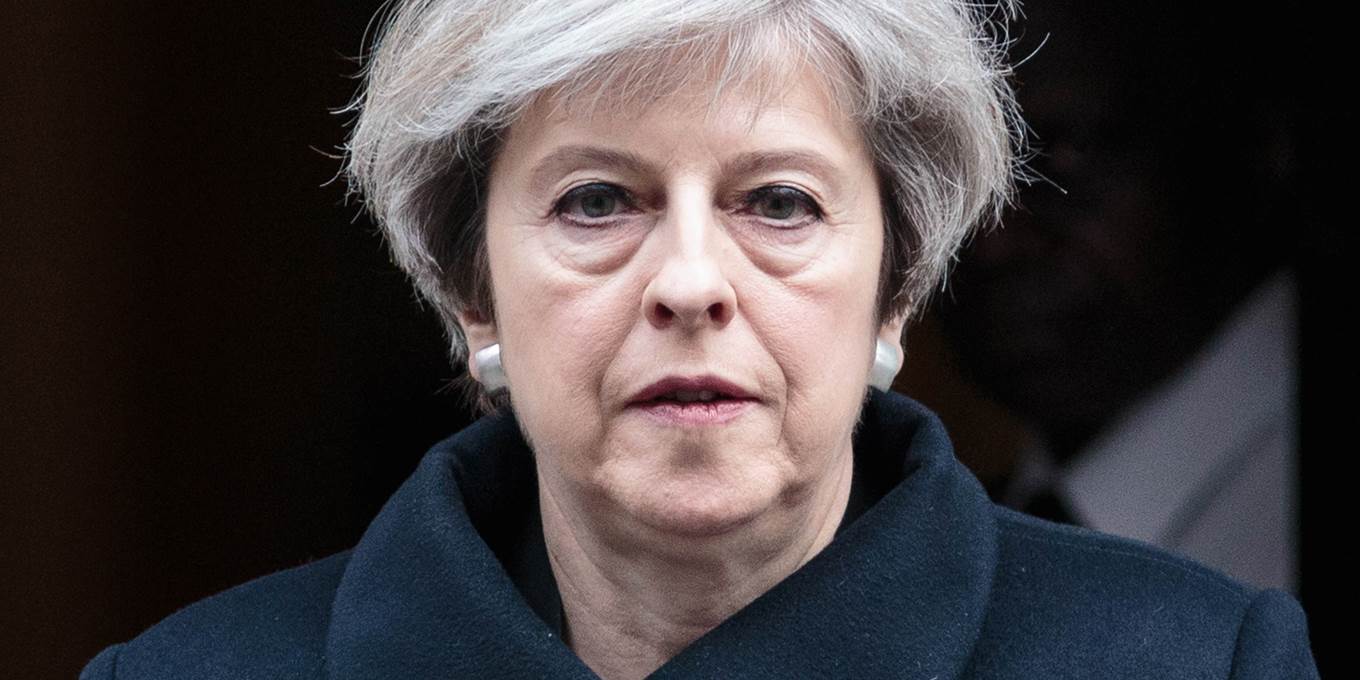 BRUSSELS: Embattled British Prime Minister Theresa May was met with sympathy but firm refusals on a desperate tour of European capitals on Tuesday, with EU leaders ruling out any renegotiation of the Brexit deal.
A day after she postponed a crucial vote on the deal in the British parliament, May said she was meeting EU counterparts in an attempt to receive “reassurances”.
May had breakfast with Dutch Prime Minister Mark Rutte in The Hague before heading to Berlin for lunch with Chancellor Angela Merkel and then traveled on to Brussels.
After meeting May, Merkel told lawmakers of her CDU/CSU bloc that she saw “no way to change” the agreement, said sources at the MPs’ meeting.
May faced criticism from all sides in parliament over provisions in the EU withdrawal agreement concerning Northern Ireland, which she hopes could persuade her rebellious Conservative party to support it.
European Commission chief Jean-Claude Juncker said ahead of meeting May that he was “surprised” at being asked for more talks since EU leaders had given their approval to the deal at an extraordinary summit on November 25.
“The deal we have achieved is the best deal possible, it’s the only deal possible,” he told the European Parliament in Strasbourg.
“There is no room whatsoever for renegotiation but of course there is room if used intelligently, to give further clarification and further interpretations.”
MPs in the House of Commons were due to vote on the deal on Tuesday night, but May deferred it on Monday, admitting she expected to lose by a “significant margin”.
Her spokesman said Tuesday the vote would be rescheduled before 21st January – just months before Britain leaves the EU on March 29.
Opposition Labour leader Jeremy Corbyn is now facing calls to table a no-confidence vote in the prime minister but is holding off as the party believes May is likely to win.
This hesitation has caused tensions with the Scottish National Party (SNP), which has said it wants Labour to table a no-confidence motion on Tuesday.
Eurosceptic MPs in May’s Conservative party have also repeated calls for her to be replaced, with one warning it was time to “governor quit”.
EU President Donald Tusk, who met May in Brussels, has called a meeting of the other 27 EU leaders on Thursday to discuss the latest Brexit developments.
They were already due to attend a European Council summit with May on Thursday and Friday, which the British prime minister is expected to use to further press her case.
Irish Foreign Minister Simon Coveney said his government ruled out changes to the wording of the withdrawal agreement, but said there could be “a political declaration coming from a European Council”.
“The Irish government doesn’t have an issue with providing reassurance if that’s helpful,” he told national broadcaster RTE.
May faces strong opposition over a clause in the Brexit deal designed to keep open the border with Ireland.
The so-called backstop risks tying Britain into a customs union with the EU for years after it leaves the bloc — far from the clean break that eurosceptics want.
But it is far from clear what she can achieve.
One of her ministers, Martin Callanan, said in Brussels on Tuesday that Britain is seeking “additional legal reassurances that the UK cannot be permanently trapped in the Irish backstop”.
Many Britons have been left scratching their heads after the latest political developments.
In Keighley, a town in Yorkshire in northern England that voted in favor of Brexit in a 2016 referendum, residents expressed skepticism about May’s latest moves.
“Ridiculous, absolutely,” one resident, Tony Finney, said when asked about the delay, calling it a “fiasco”.
Mary Wilson said: “I believe that we should come out. I think she’s just wasting her time running backward and forwards to Europe because she’ll not get what she wants”.
Even if no deal is secured, Britain is still on course to leave the EU on 29th March – a scenario the government has warned will be hugely damaging to the economy.
The decision to defer the vote sent the pound plunging.
Tusk said Thursday’s EU meeting would cover no-deal plans, while May’s cabinet was also due to discuss the issue on Wednesday.
France’s minister for European affairs, Nathalie Loiseau, said the possibility of no deal was “not unlikely”, adding: “I’m very worried.”

Share on Whatsapp:
Tags: May tours Europe in bid to save Brexit deal