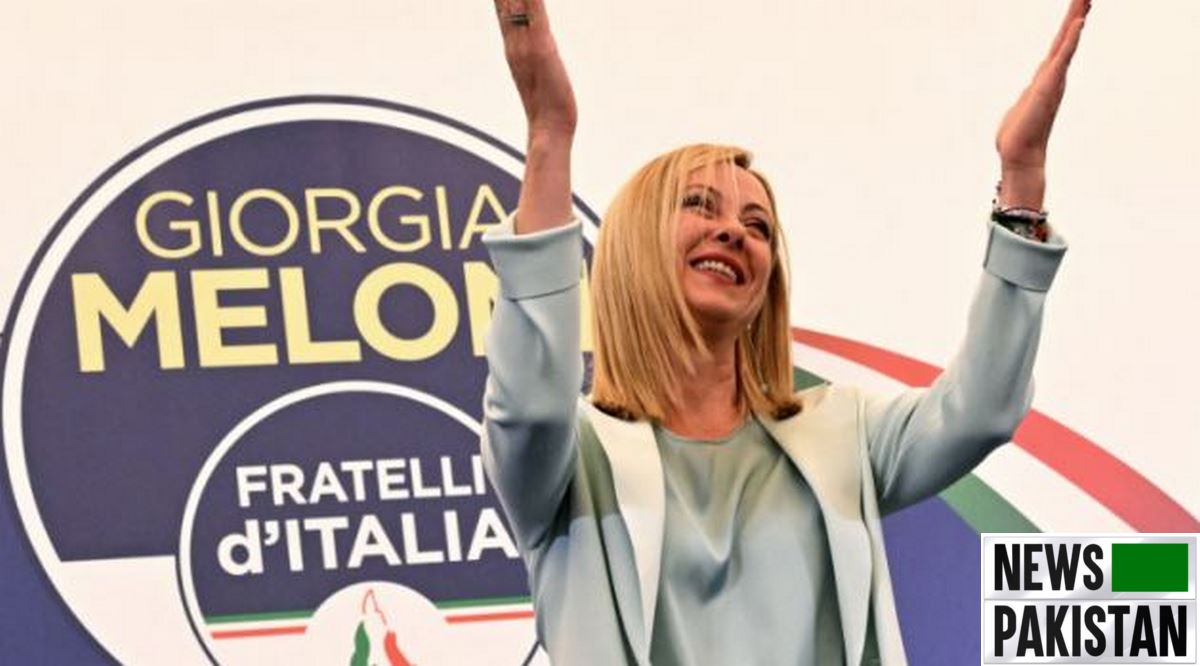 ROME: Far-right leader Giorgia Meloni said Monday she was ready to govern for “all Italians” after her eurosceptic populists swept to victory in general elections, putting her on course to guide Italy’s most right-wing government since World War II.

According to projections around one in four voters in Sunday’s election backed Meloni’s Brothers of Italy party, which has neo-fascist roots.
But the party leads a coalition set to win a majority in parliament.

Her success represents a seismic change in Italy, a founding member of the European Union and the eurozone’s third largest economy — and for the EU, just weeks after the far-right outperformed in elections in Sweden.

At a time of soaring inflation, a looming energy crisis and the war in Ukraine, the 45-year-old sought to reassure those worried about her lack of experience and radical past.

Meloni said voters had sent a “clear message” of support for her party to lead their right-wing coalition to power.

“If we are called to govern this nation we will do it for all Italians. We will do it with the aim of uniting people, of enhancing what unites them rather than what divides them,” she told reporters.

Her coalition allies, Matteo Salvini’s far-right League and former premier Silvio Berlusconi’s Forza Italia, lagged behind her in the polls.

Live longer by running only 50 minutes per week