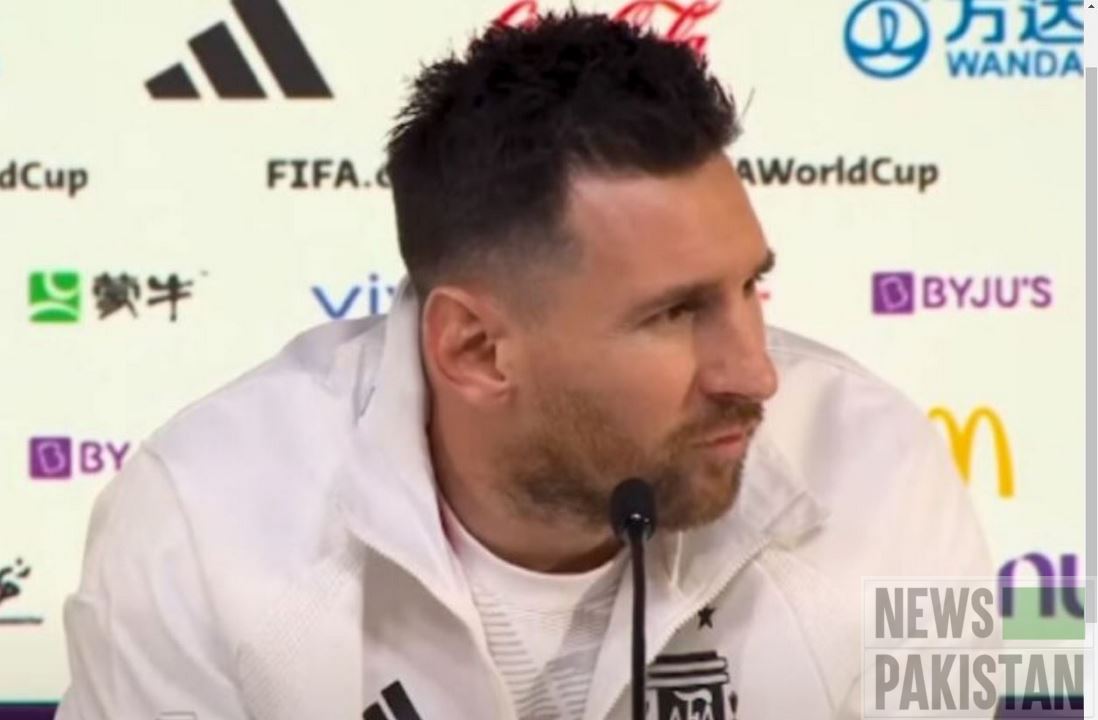 DOHA: Lionel Messi said Argentina’s shock loss to Saudi Arabia was a “very heavy blow” but vowed the South American champions would bounce back from the defeat.

“It’s a very heavy blow, a defeat that hurts, but we must continue to have confidence in ourselves,” Messi said after Argentina crashed to a stunning 2-1 loss in Group C.

“This group is not going to give up. We will try to beat Mexico,” he added.

Messi gave Argentina a 10th-minute lead from the penalty spot on Tuesday at the Lusail stadium but second-half goals from Saleh Al-Shehri and Salem Al-Dawsari helped the Saudis pull off one of the greatest shocks in World Cup history.

It could have been so different but for three tight offside calls in the first half that went against Argentina, denying them three potential goals.

In the second half, coach Lionel Scaloni’s men failed to exploit the Saudis’ high defensive line in the way they had managed before the break.

“We know that Saudi Arabia is a team with good players, who move the ball around well and play a high line,” said Messi.

“We worked on that but we rushed it a bit. There are no excuses, we’re going to be more united than ever before.

“This group is strong and has shown it before. We had not been in this situation for a long time. Now we must show that this is a true group.”

The Albiceleste have two Group C games remaining – against Mexico on Saturday and then Poland the following Wednesday – to try to salvage their hopes of claiming a third world title.

Playing in his fifth and probably final World Cup, Messi has the weight of an entire nation’s expectations on his shoulders.

One of the greatest players of all time, this may be his last chance to lift football’s greatest prize, which his predecessor as Argentina’s idol Diego Maradona did in 1986.

“We have to go back to the basics of who we are. We have to think about what’s coming next,” said the seven-time Ballon d’Or winner.

Coach Scaloni insists Argentina did not take Saudis lightly: Argentina coach Lionel Scaloni insisted on Tuesday his team had not taken Saudi Arabia lightly ahead of their shocking 2-1 World Cup defeat in Qatar.

Argentina came into the tournament on a 36-match unbeaten run and were one of the favourites to win the entire tournament, let alone Tuesday’s Group C opener against the Asian minnows.

“We fully respect Saudi Arabia as we do with other teams, that’s not the reason for our defeat,” said Scaloni, whose team had not lost since July 2019.

“They are a good team with technical players, they are very well prepared physically.”

Despite suffering one of the big World Cup shocks, Scaloni said he was sure all was not lost with Group C matches against Mexico and Poland still to come.

In 1990, then-champions Argentina lost their opening World Cup match 1-0 against Cameroon – another of the tournament’s greatest shocks – before bouncing back to reach the final.

“What comes ahead is to rise up, to face Mexico. They will be tough, as everyone is at the World Cup. Now we need to win two games to move on.

“Of course this is difficult but regardless of the result today we would anyway try to win all the games.”

Scaloni had no complaints about the three goals his side scored in the first half that were then disallowed for offside.

But he said those razor tight decisions were what cost his side the match.

“The reasons were millimetric. The offsides, they have a high defensive line, we knew that any goal situation would go for or against us,” said Scaloni.

“In this case, the semi-automatic offside technology took a goal away from us.
“That’s the way it is, we congratulate our rivals.”

Argentina struggled to create much after the break having dominated the first half, giving nothing away.

“It’s hard to take. We could have been 2-0 up, but in two sudden moments, the game changed.”

Saudi Arabia’s rapid-fire double after the break seemed to catch Argentina napping and for a handful of minutes, the South American champions were reeling.

“Four or five minutes (after the break) they scored two goals, their only two shots on target,” said Scaloni.

“Today is a sad day but as we always say, head up and carry on.”

He added: “We played well in the first half, but in two specific moments the game changed. We could have done better but we need to pick ourselves up.