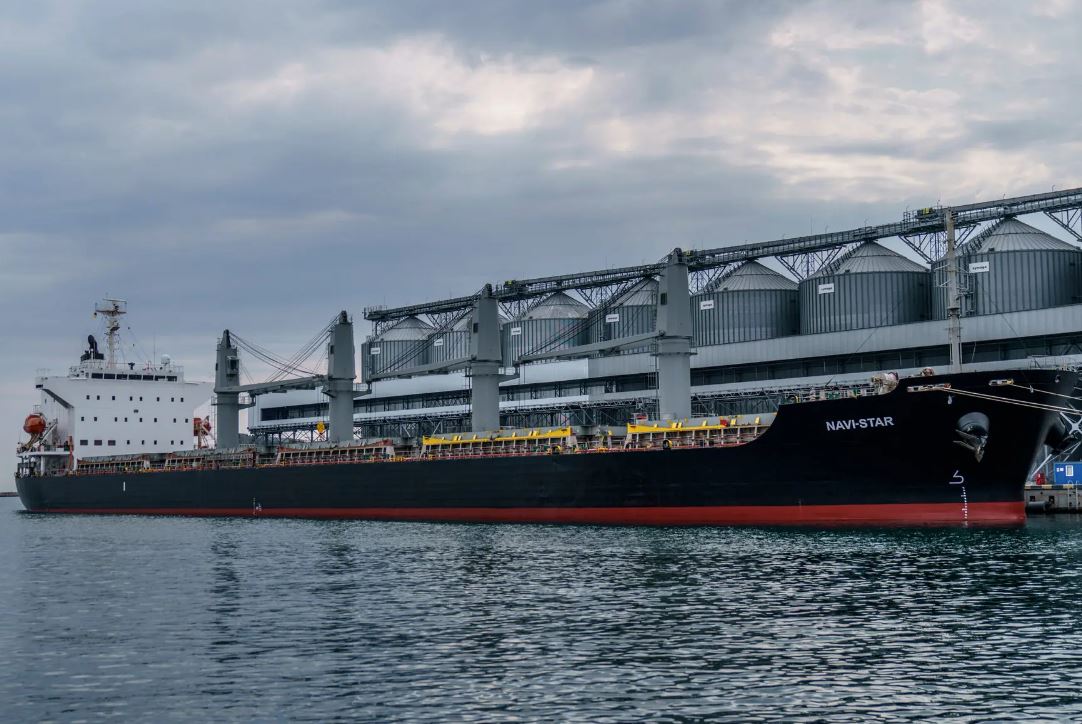 KYIV: Three ships loaded with grain for the global market left Ukraine on Friday, amid a mushrooming controversy over accusations that the war-torn country is violating international law and endangering civilians in its defense against Russia’s invasion.

The vessels loaded with more than 57,000 tonnes of Ukrainian grain departed Black Sea ports under a recent agreement between Moscow and Kyiv aimed at easing a global food shortage.

The government in Kyiv said on social media two ships carrying Ukrainian maize – the Maltese-flagged Rojen and the Turkish Polarnet – set off from Chornomorsk while the Panama-flagged Navistar departed Odessa.

“Our main goal is to increase the trans-shipment volume in our ports. We have to process 100 carriers per month to be able to export the necessary amount of foodstuffs,” said

Grain shipments have resumed under a deal struck last month between Kyiv and Moscow – mediated by Turkey and under the aegis of the UN – in a bid to alleviate a crisis where food prices have soared in several countries.

But the rare diplomatic win has been overshadowed by a report Thursday in which Amnesty International listed incidents in 19 cities and towns where Ukrainian forces appeared to have put civilians in harm’s way by establishing bases in residential areas.

Ukrainian President Volodymyr Zelensky equated the accusations to victim blaming in an evening address in which he said the rights group had sought to offer “amnesty (to) the terrorist state and shift the responsibility from the aggressor to the victim”.

“There is no condition, even hypothetically, under which any Russian strike on Ukraine becomes justified. Aggression against our state is unprovoked, invasive and terrorist,” he added.

“If someone makes a report in which the victim and the aggressor are supposedly equal in some way… then this cannot be tolerated.”

After a four-month investigation, Amnesty said it had found that the Ukrainian military had established bases in schools and hospitals, and launched attacks from populated areas, asserting that the tactics violated international humanitarian law.

The group noted, however, that the tactics “in no way justify Russia’s indiscriminate attacks”, which have battered civilian populations.

On Friday, the Ukrainian presidency reported Russian bombardments targeting several towns and villages, including Nikopol and Kryvyi Rig in the east, where houses and a gas station were damaged by shelling

There was also heavy bombardment of Ukraine’s second city Kharkiv, in the northeast, where housing, shops, a market and an educational institution were damaged.

Eight people were killed and four wounded on Thursday by a Russian strike that hit a bus stop in Toretsk, near the eastern frontline, according to the regional governor.

Ukrainian forces are conducting a counter-offensive in the country’s south, where they claim to have retaken more than 50 villages previously controlled by Moscow.

They also claimed to have liberated two villages in the eastern Donetsk region on Thursday and one near Kharkiv on Friday.

The attacks have not affected the grain shipment deal, which provides for the establishment of secure corridors in the Black Sea to allow merchant ships to export between 20 and 25 million tonnes of Ukrainian grain held up in ports.

A similar agreement signed at the same time allows Russia to export its agricultural products and fertiliser despite Western sanctions.

Turkey hopes the agreements could build confidence and lead to a ceasefire between the two countries.

Separately, the European Union on Thursday announced it was slapping sanctions on former Ukrainian president Viktor Yanukovych and his son Oleksandr for allegedly undermining Ukraine’s security.

Yanukovych was overthrown in 2014 by a popular uprising against the pro-Russian stance his government had taken.

Oil prices down with demand concerns as summer ends