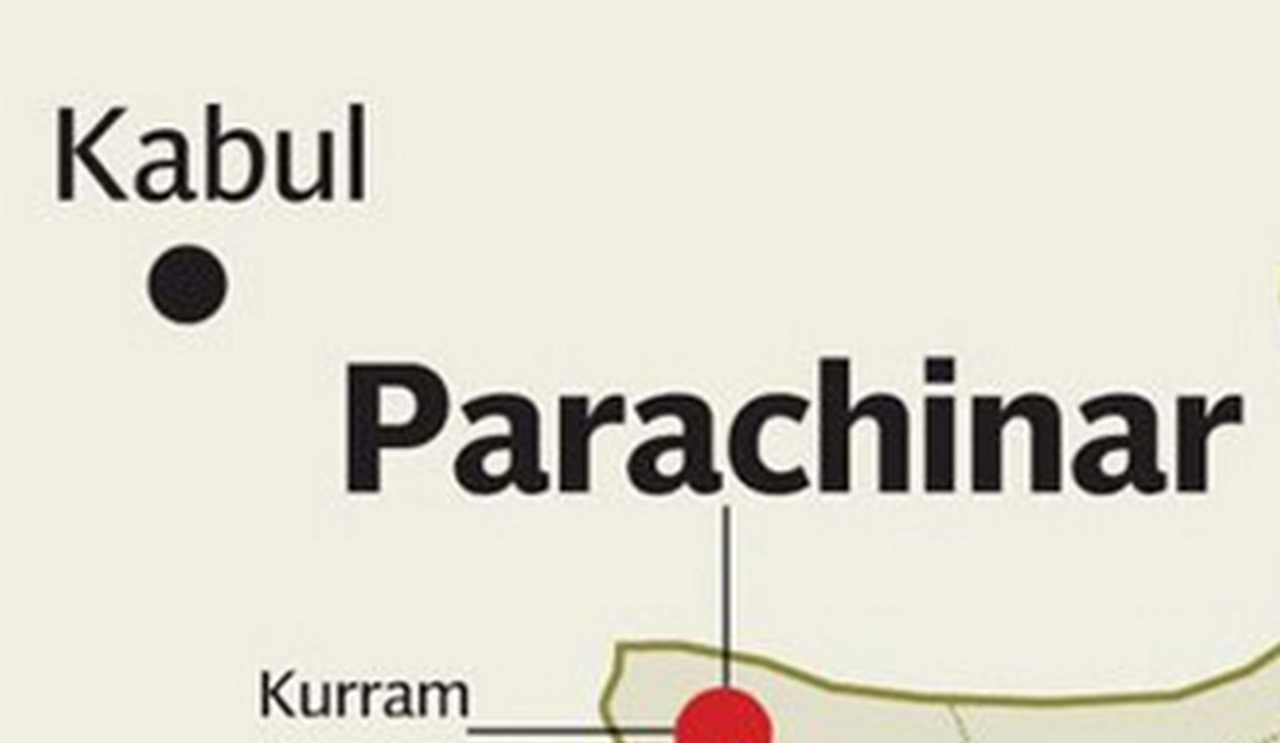 KURRAM AGENCY: Cracks appeared in a number of houses and mosques in this tribal area when US dropped the non-nuclear Mother of All Bombs in Afghanistan on Thursday (13th of April).

Sources privy to NewsPakistan.tv have further informed that several structures in Zeran area too were damaged due to the bombing across the border.

It is pertinent to mention here that despite the Thursday bombing, US and Afghan ground forces are still facing resistance in the area.

Sources have insinuated that those fighters who have come from across the border to take the bodies away were confronting them.

Thursday’s Mother of All Bombs killed 92 ‘IS fighters’: Afghan authorities

This was stated here by Afghan authorities following moving of US-led forces into the bombed site.

It is pertinent to mention here that the complex was heavily mined by IS fighters to stop the conventional ground attacks.

Supporting the US bombing Afghan President Ashraf Ghani said that it was designed to support the clearance operations in the region.

Justifying the attack US commander in Afghanistan General John Nicholson pointed towards the bunkers, tunnels and mine fields: “This weapon was used to reduce those obstacles so that we could continue our offensive in Nangarhar”.

To contain the IS (much smaller outfit as compared to Taliban) that was gaining ground in the country,  US warplanes have dropped 1,337 weapons over Afghanistan last year. That was over forty percent as compared to the bombing in 2015.

In the last two months 400 airstrikes have been conducted by USA in the country. 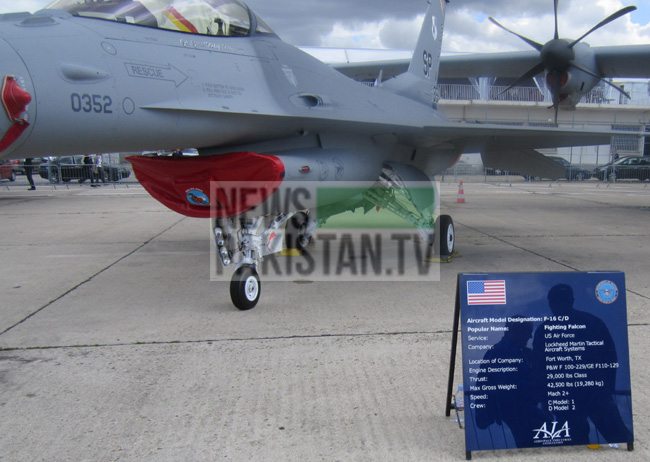 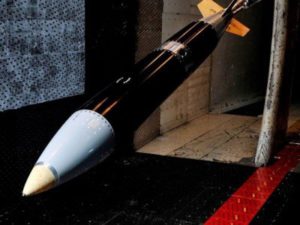 NEVADA: After shocking the world with first ever deployment of (GBU-43/B) Mother Of All Bombs in Afghanistan, US’s National Nuclear Security Administration has claimed to have successfully field-tested the upgraded  steerable gravity thermonuclear bomb  B61-12 here last month.

F-16 that flew from Nellis Air Force Base dropped an inert version. The mock bomb landed in a dry lake bed at the Tonopah Test Range.

Outfitted with a nouvelle tail-kit assembly and other hardware B61-12 replaces four older versions in the nuclear arsenal of USA.

SANDIA NATIONAL LABS.:  An engineer poses with a flight test body of the new nuke. 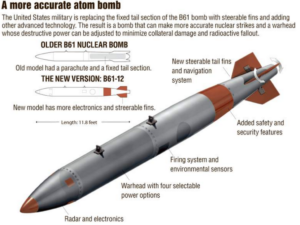 It is pertinent to mention here that the heavy-weight Mother of All Bombs needs a bigger plane to steer and unlike B61-12 that is not designed to penetrate the surface.

Share on Whatsapp:
Tags: Mother of All Bombs damaged houses and mosques in Pakistan’s Kurram Agency!