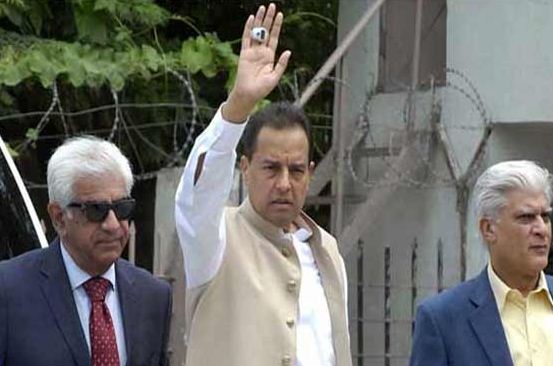 ISLAMABAD: The accountability court today released Capt (retd) Safdar, son-in-law of the deposed premier Nawaz Sharif after he was presented before the court in connection with a reference prepared against them by the National Accountability Bureau (NAB).

Safdar and his wife Maryam appeared before an accountability court here a day after they reached the country from London. Safdar was taken into custody by NAB upon his arrival.

The judge ordered NAB authorities to release Capt Safdar after he too submitted surety bonds worth Rs5m.

Meanwhile, PML-N leader Talal Chaudhry submitted Capt (retd) Safdar’s medical reports to the court. He was provided a copy of the NAB reference along with relevant details.

Detrimental impact of divorce on kids!

AG says Sharifs given too much relief