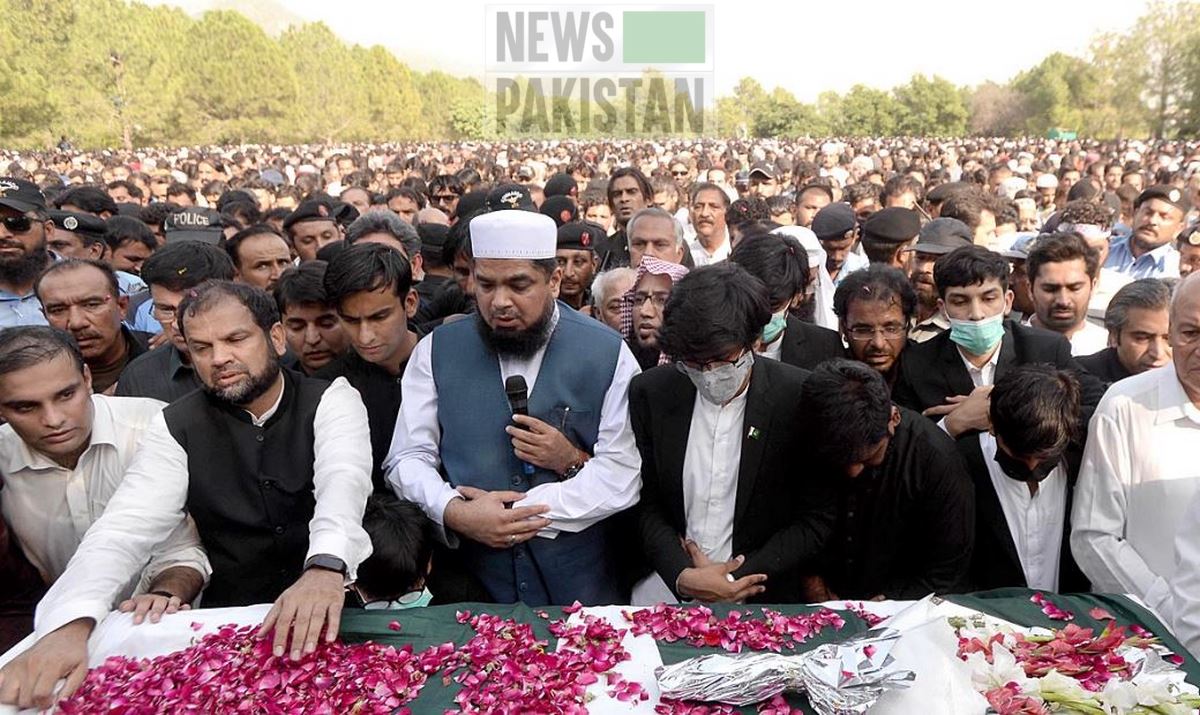 ISLAMABAD: Namaz-e-Janaza of the the killed media person Arshad Sharif was offered here at Faisal Mosque on Thursday (27th of October, 2022).

Earlier, the body of Arshad Sharif was handed over to his family on Wednesday (26th of October, 2022).

The mortal remains of Arshad Sharif was then moved to a morgue at PIMS Hospital.

Since his family wanted an autopsy, an eight-member medical board performed a postmortem on the body of Arshad Sharif at PIMS.

In order to ensure security during funeral prayers contingents of Sindh police and the FC supported the Islamabad police troops. Overall 3,792 security personnel were deputed.