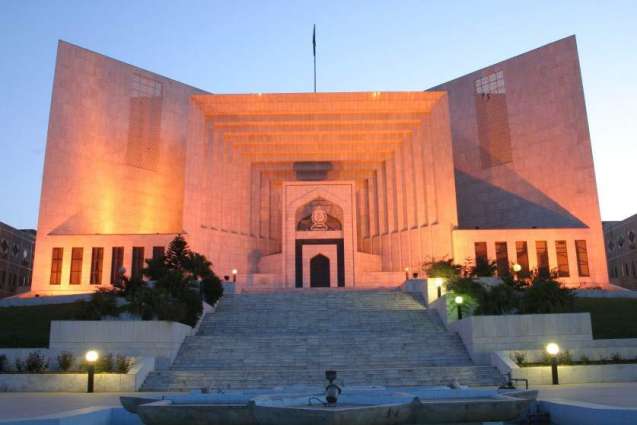 ISLAMABAD: Supreme Court has been opened at about 10PM Saturday 9th of April 2022 and Chief Justice of Pakistan and other four judges of the bench reached the Court in order to impose the court orders in case the Speaker and Deputy Speaker of National Assembly fail to conduct voting before midnight on No-Confidence Motion against PM Imran Khan.

At 12.5 midnight larger bench will commence hearing the petition of Supreme Court Bar Association about not implementation of the Supreme Court’s order by the Speaker and Deputy Speaker of the National Assembly on the No-Confidence Resolution against PM Imran Khan.

Staff of the SCP is also reaching the court. SCP security has also been beefed-up.

Moreover, IHC Room Number 1 has been opened Secretary and Additional Secretary National Assembly have been summoned by the Court. Meanwhile, Rescue 1122, Rangers and FC personnel have been deployed for the security of IHC.

PM Imran Khan himself has denied the rumors that Army Chief has been de-notified. He also said since the new government would attempt to discredit the Threat Letter, he was providing the letter to CJP, COAS, Speaker, Chairman Senate and other

It is pertinent to mention here that a petition has been submitted in IHC to stop PM from de-notifying the COAS and imposing Martial Law.

PM met the Speaker and Deputy Speaker of National Assembly at the Prime Minister House.  When Speaker reached the NA he was called back to the the PM House.

ADB to increase Pakistan’s sovereign operations to $7.1b in 3 years