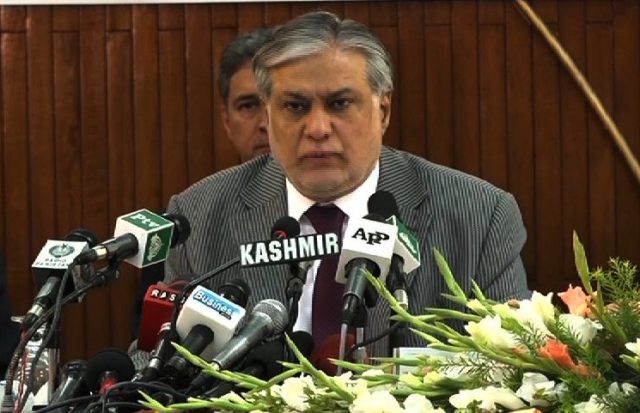 KARACHI: Finance Minister Ishaq Dar said on Friday that Pakistan does not intend to seek IMF assistance in future.

He said this in a meeting with Presidents of various commercial banks during his visit to State Bank of Pakistan in Karachi.

The Minister said that Pakistan’s economic indicators were progressing satisfactorily.

He said that Pakistan is expected to receive about one billion dollars from different financial institutions.

“Our targets are very much clear. We are going to become Asian Tiger. The government is making all out efforts to enhance country’s export and achieve tax targets,” Dar said.

The minister said the government of Pakistan is working to enhance the financial side of the country and it has launched several development projects with the aide provided by ADB.

Dar reaffirmed that the government has put the country on the path of economic stability by launching several development projects with the support of Asian Development Bank.