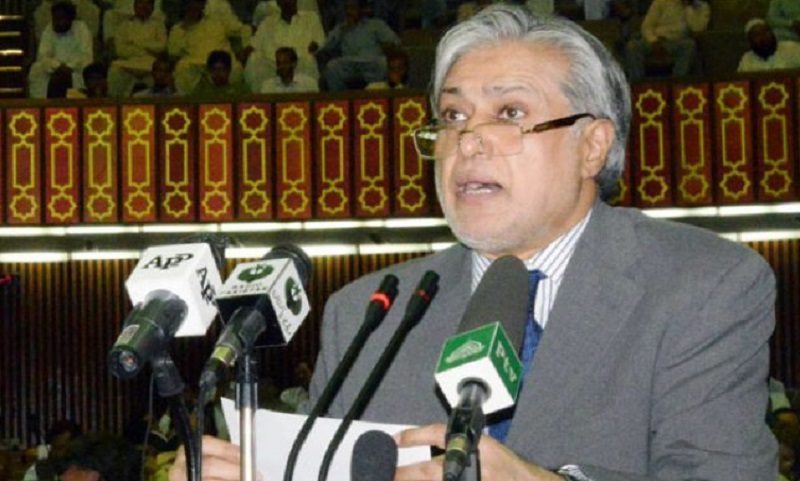 In his budget speech, the finance minister vowed that electricity load-shedding will be eliminated next year.

“We [PML-N] are presenting the fifth budget, and this is an achievement for democracy,” Dar said.

The federal government has proposed Rs 2.113 trillion Public Sector Development Programme (PSDP) for the fiscal year 2017-18, which would be utilised for various ongoing and new development schemes.

“The PSDP allocations showed an increase of 26.14 percent when compared to the development funding of Rs 1.675 trillion during last fiscal year.”

“Out of total PSDP, Rs 1001 billion have been set aside for the federal departments whereas a sum of Rs 1112 billion allocated for the provinces.” The FM told the upper house.

Ishaq Dar said that the country was facing economic failure in 2013 but the PML-N govt’s policies lifted the economic graph of the country.

“Today’s Pakistan is much better than it was in 2013.  We guarantee the increase in economic rankings of the country,” he said.

Referring to the GDP rate, Dar claimed that the growth rate of the GDP has reached 5.3 percent and Pakistan will target 6 percent GDP growth in 2017-18.

According to the new budget, out of Rs1001 billion federal PSDP, the government allocated Rs 35.662 billion for Higher Education Commission.

Around Rs48.70 billion have been allocated for National Health Services, Regulations and Coordination Division.

The FM said that the number of families in the Benazir Income Support Programme (BISP) will increase from 3.7 million to 5.5 million.

“An additional 1.3 million children will also be facilitated through the programme,” he said.

Leader of the Opposition Khursheed Shah, earlier before the budget announcement, said, “We will walkout of the House in protest against the mistreatment to farmers who were only demanding their rights.”

“Today, the government created chaos in the capital by mistreating farmers who were protesting even outside the red zone,” he said.

FBR plans to bring all Military personnel into tax net during the current fiscal year!