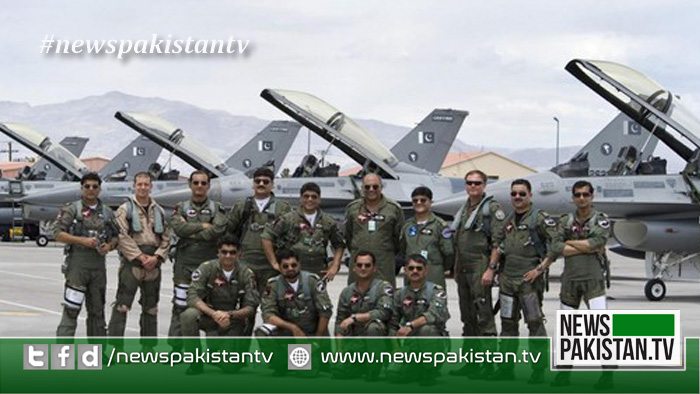 ISLAMABAD: Chief of Air Staff, Pakistan Air Force, Air Chief Marshal Mujahid Anwar Khan on Saturday said Pakistan was facing enormous challenges in the wake of 5th generation hybrid warfare, launched by the enemy with the evil designs.
“PAF is ever ready for a befitting response to any misadventure by the enemy and is striving to make country’s defence invincible”, said the Air Chief, while addressing the students and faculty at Jinnah Auditorium, National University of Science & Technology, Islamabad.
On his arrival, Chief of the Air Staff, Pakistan Air Force, Air Chief Marshal Mujahid Anwar Khan was received by Rector NUST Lieutenant General (R) Naweed Zaman, said a PAF press release.
The Air Chief in his address, emphasized the need to invest in technology and indigenization in order to achieve self-reliance in every field, particularly defence.
He urged upon the students to pursue their goals with focus and play a pivotal role in making Pakistan a progressive country.
He also appreciated NUST’s contributions in spearheading scientific and technological advancements, which were imperative for the country’s progress. A large number of students and faculty members attended the event. The address was followed by a comprehensive question and answer session.
Later on, the Air Chief planted a sapling at the campus. He also visited
N-ovative Health Technologies (NHT), Pakistan’s first facility for indigenous production of cardiac stents and medical implants.

PTI govt. determined to enroll all out of school children!