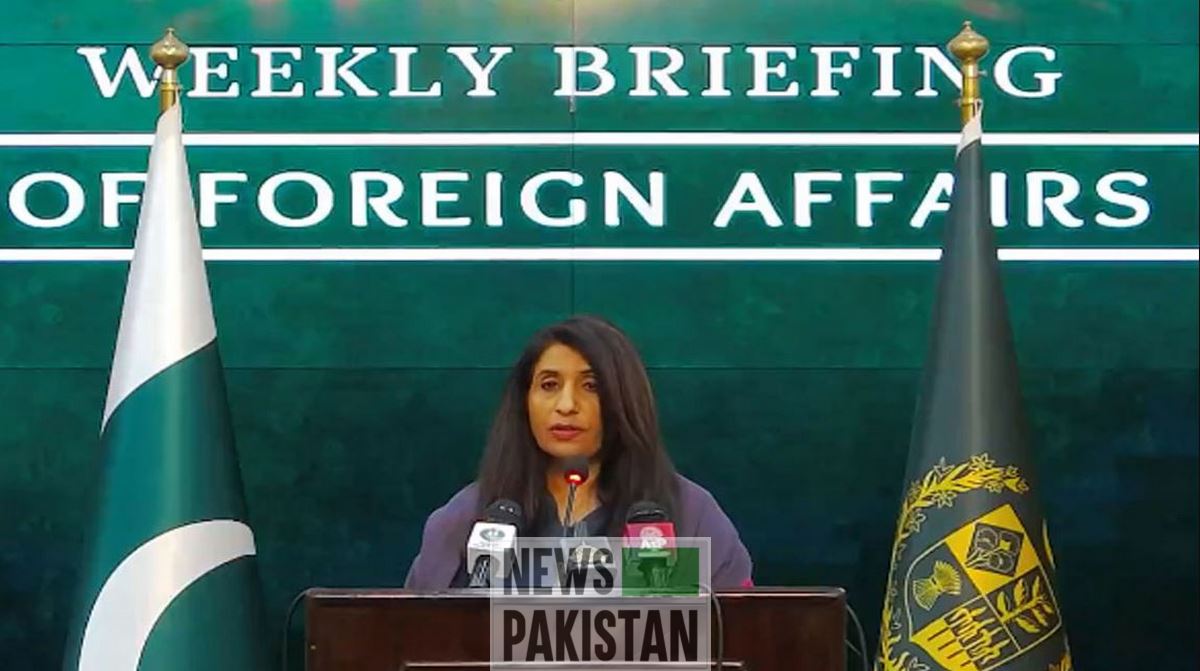 ISLAMABAD: Pakistan has called upon the Iranian authorities to ensure a thorough investigation into the cross border terrorist attack that took place in Panjgur district of Balochistan and bring the perpetrators to task.

She said “We expect Iran to ensure its territory is not used for cross border attacks in Pakistan”.

The spokesperson said Pakistan condemned terrorism in all its forms and manifestations.

She said: “We strongly commit that our territory will not be used for undertaking cross border attacks in Iran and we expect the same from Iran.“

She said Pakistan and Iran were neighbors with active channel of communications: “We are sharing with the Iranian side our concerns regarding the incident”.

Responding to a question, the foreign office spokesperson said Pakistan had always desired cooperative relationship with all its neighbors including India.

“We have consistently advocated for constructive engagement to resolve all outstanding issues including the core dispute of Jammu and Kashmir.

“However, India’s unabated hostility and retrogressive actions have vitiated the environment and impeded the process of peace and cooperation,” the spokesperson held.

She said: “The onus remains on India to create an enabling environment for meaningful and result oriented dialogue.

“The reversal of India’s illegal and unilateral actions of 5th August 2019 in the illegally occupied Jammu and Kashmir is of critical importance.”

To a question, the spokesperson said: “Pakistan is in close contact with Saudi Arabia on matters pertaining to their investment in Pakistan”.

The spokesperson stated: “Pakistan and the United States are in the process of robust engagement and dialogue”.

She said Pakistan expected to further deepen its cooperation with the US.

The spokesperson informed that Pakistan and China had agreed to temporarily reopen Khunjerab border in two phases.

In the first phase, the Khunjerab border will open today (19th of Jan, 2023) for two days and again from end January to early February after the Chinese Spring Festival.

She said the Khunjerab border remained closed during the winter months.

“However the Chinese side has agreed to Pakistani request for temporary reopening of the border to facilitate local traders.

“We appreciate the special efforts of border officials on both sides to ensure smooth border operations despite inclement weather conditions”.

Mumtaz Zahra Baloch told that Foreign Minister Bilawal Bhutto Zardari would undertake an official visit to Tashkent, Uzbekistan on 25th of this month to attend the 26th meeting of the Council of Ministers of Economic Cooperation Organization.

“Foreign Minister will address the moot and hold bilateral meetings with participating ministers and other dignitaries on the sidelines of the event,” she informed.

US diplomat who killed a biker here leaves Pakistan!