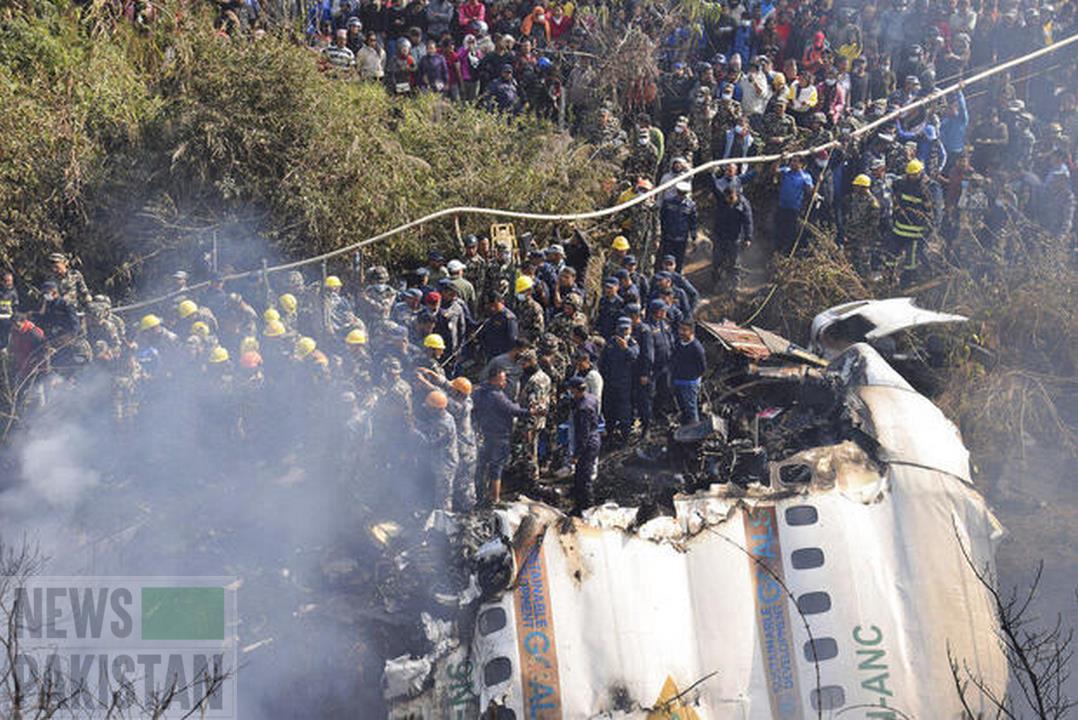 ISLAMABAD: The Government and people of Pakistan on Sunday (15th of Jan 2023) offered their deepest condolences over the loss of 72 precious lives in an air crash in Pokhra, Nepal.

“We are saddened at this tragic accident and our thoughts and prayers are with the families of the victims. We stand with the people of Nepal in their hour of grief,” the GoP on behalf of it public held.

Prime Minister of Pakistan Shehbaz Sharif took to the Twitter to state: “I send my heartfelt condolences and most sincere sympathies to H.E. Pushpa Kamal Dahal Pranchanda on the tragic crash of a passenger aircraft. Our thoughts and prayers are with the bereaved families & the people of Nepal.”

According to media reports, all onboard (including ten foreigners) were killed after a plane harboring seventy-two people crashed near an airport in central Nepal on Sunday (15th of Jan 2023).

The Yeti Airlines flight from Kathmandu to the tourist town of Pokhara crashed on landing before catching fire.

WhatsApp rolls out its Voicemail feature for Android users