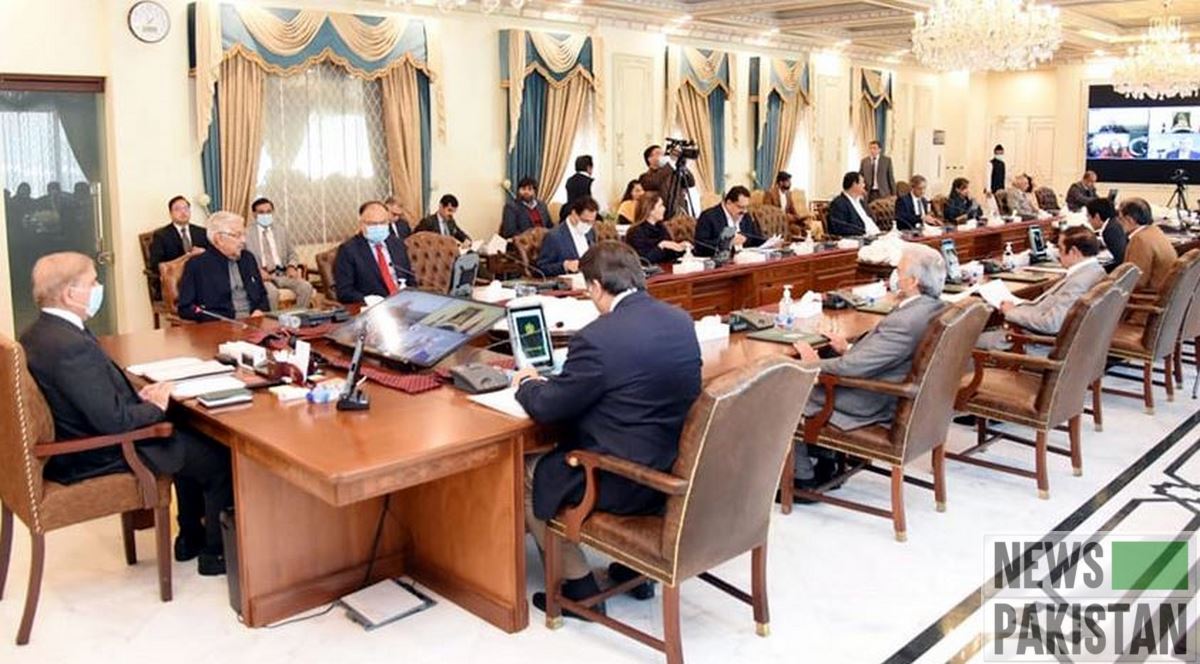 ISLAMABAD: Minister for Information and Broadcasting Marriyum Aurangzeb on Wednesday said Pakistan Tehreek-e-Insaf (PTI) Chairman Imran Khan should not use the name of Quaid-e-Azam Mohammad Ali Jinnah to achieve his “nefarious agenda”.

“Whether Quaid-e-Azam has said that the (wrist)watch with the image of Mecca should be sold from Toshakhana, or did he say to offer a lifetime extension to the army chief behind closed doors,” she said while addressing a news conference here to brief the media persons about the decisions taken by the federal cabinet chaired by Prime Minister Shehbaz Sharif.

The minister said today Imran Khan while congratulating Chief of Army Staff General Syed Asim Munir on assuming the charge cited a “farman” (saying) of Quaid-e-Azam Muhammad Ali Jinnah and expressed the hope that the new leadership of the military would end trust deficit between the nation and state.

She said “if Imran Khan thinks that the meaning of trust deficit is to offer a lifetime extension to the army chief behind closed doors then the mistrust actually prevails in his mind.”

Marriyum went on to say that Imran Khan made an offer to the (former) army chief for a lifetime extension, “launched malicious (social media) campaigns against the martyrs and officers of Pak Army, formally invited the head of an institution to intervene in the politics and above all forced the governor, deputy speaker and other constitutional office holders to violate the Constitution so that he could remain in the power”.

“Whether Imran Khan spent the donation money for political purposes in line with the sayings of Quaid-e-Azam and abducted Taybba Gul and put her in the Prime Minster’s House for blackmailing the NAB chairman, or locked up the FIA DG in the PM’s House, or did victimization of political opponents or sell the gifts from Toshakhana, or launch the campaign against the military martyrs, or plunder national exchequer after stealing public mandate while following the teachings of the father of the nation,” Marriyum asked while taking a jibe against the PTI chief.

She said Imran Khan had no right to cite the sayings of Quaid-e-Azam on any platform as he (Imran) had an autocratic mindset and was “hell-bent on spreading hate, chaos, anarchy and polarization in the country”.

To a query, the minister accused the PTI chief of “launching a malicious campaign against the state institutions and their heads on social media networking sites”.

She said it was the same party whose chairman gave orders to his workers to launch a “malicious campaign against the martyrs of Pak Army who lost their lives while carrying out flood relief and rescue activities in Balochistan”.

“What else can be expected from a person (Imran Khan) who has such an obnoxious mindset,” she said, adding this was the same mindset which had formally invited the institutions’ heads to intervene in national politics.

She said ironically, Imran Khan still had the audacity to say that the head of an institution should have at least intervened to stop the process of a vote of no-confidence which was moved against him by the then opposition in the National Assembly.

The people, she said would never forget the darkest era of Imran Khan’s government which was marred by “corruption and incompetency”.

Terming Imran Khan an “incompetent and disqualified person, and a thief”, she said his long march had fizzled out. Imran Khan had exhausted all his political options and was now left with no other political move.

“In his free time, Imran Khan should declare all the gifts which he sold after illegally purchasing from Toshakhana and also file the defamation case which he announced after refuting all the facts regarding the matter as mere accusations,” she continued.

She said Imran Khan knew that he would have to answer about all the Toshakhana gifts if he filed the defamation case in this regard.

Marriyum said Imran Khan just wanted to spread “political instability, chaos, anarchy and polarization in the country as part of his unfinished agenda”.

His so-called “Haqeeqi Azadi” (Real Freedom) had been exposed before the public, she said, adding “Haqeeqi Azadi” could not be achieved by hiring the services of a US-based lobbying firm for improving the party’s image.

She said every lie of Imran Khan got exposed gradually, especially, after the leaked audios in which he could be heard discussing the strategy to create a narrative over the so-called regime change conspiracy, “buying votes to defeat the no-confidence motion against him, and asking a provincial finance minister to write a letter to the IMF”.

The minister said the coalition government was committed to resolving the people’s issues and ensuring their well-being.

“Our entire focus is on carrying out rehabilitation and reconstruction phase in the flood-affected areas and reversing the damage caused by Imran Khan to the country at internal and external fronts while being in power for four years,” she said.

She said Prime Minister Shehbaz Sharif was working tirelessly to restore the image of the country at the international level through effective diplomacy.

The minister asked Imran Khan to stop the drama of “Haqeeqi Azadi” and give answers about the economic mess created by him during the last four years while in the government.

To another query, she said Imran Khan launched the long march to topple the current government, but ended it with the announcement of dissolving his own governments in different provinces.

“We are ready for every kind of eventuality and will compete with him (Imran) in a befitting way,” she remarked.

The people needed to understand that “inflation and terrorism were outcomes of the (mis)governance of the Imran-led government”, she said, adding that terrorism was completely rooted out during the previous tenure of Nawaz Sharif who launched the National Action Plan by bringing all the political parties including PTI at the table.

To another query, she said unfortunately, propaganda was launched over the issue of broadcast rights of the FIFA world cup for PTV Sports. The inquiry over the matter was completed and details would be shared with the media soon.

The minister said during the past few months the present government was in talks with FIFA management and hopefully PTV would telecast the matches of the World Cup live.

At the outset of briefing, Marriyum said the prime minister had not accepted the resignation of Minister for Law and Justice Azam Nazir Tarar and he was requested by cabinet colleagues to withdraw his resignation.

She said the whole cabinet appreciated the competence and efficiency of Azam Nazir Tarar as Law Minister and also lauded Sardar Ayaz Sadiq who looked after the Ministry of Law and Justice during his absence.

The minister said the cabinet strongly condemned the Buleli suicide attack near Quetta and offered Fateha for those who were martyred in the attack and prayed for the early recovery of the injured.

She said that the cabinet lauded the services of all stakeholders, especially the polio workers across the country to make Pakistan a polio-free country.

The cabinet, she said, was given a detailed briefing by the Ministry of Food Security and Research on the demand and supply situation of wheat in the country.

The minister said the cabinet was informed that as compared to the previous year, two percent more stock of wheat was available in the country.

She said that despite unprecedented floods in the country, the sufficient stock was available due to efficient planning and steps were taken to ensure the availability of wheat and other edible crops in all parts of the country.

She said that the cabinet also appreciated the efforts of Food Security Minister Tariq Bashir Cheema, and his staff for ensuring the availability of wheat and other edibles despite heavy floods during summer.

Marriyum said the cabinet gave approval to the proposal of auctioning one of the two buildings in Washington owned by the Pakistan embassy.

She said that in 2010, the then-prime minister gave approval for the renovation of these two buildings.

She said that the renovation of one of the buildings was completed but only 60 percent work could be completed on the other building.

She said that after 2019 $1.3 million tax had been paid on the building without any use.

As the building was not suitable for use due to incomplete renovation and the abolition of its diplomatic status, she said the cabinet approved the proposal to auction the building.

Marriyum said in the past $ 4.5 million bid was given but now a bid of $ 6.9 million has been given which was $2.3 million higher than the previous one.

The Minister said if Pakistan did not auction the said building, the United States would itself auction it.

She said that the cabinet gave approval for the auction of the said building following a transparent manner.

Marriyum said that regarding the Bhara Kahu bypass issue, the Islamabad High Court directives have been implemented.

Marriyum said that the ministerial committee headed by Sardar Ayaz Sadiq listened to the proposals of all stakeholders and succeeded in building a consensus among all stakeholders on the issue.

Marriyum said that the committee presented its proposals in the meeting which were approved by the cabinet and would be presented in the IHC.

HEC warns people to be careful about fraudsters in degree attestation