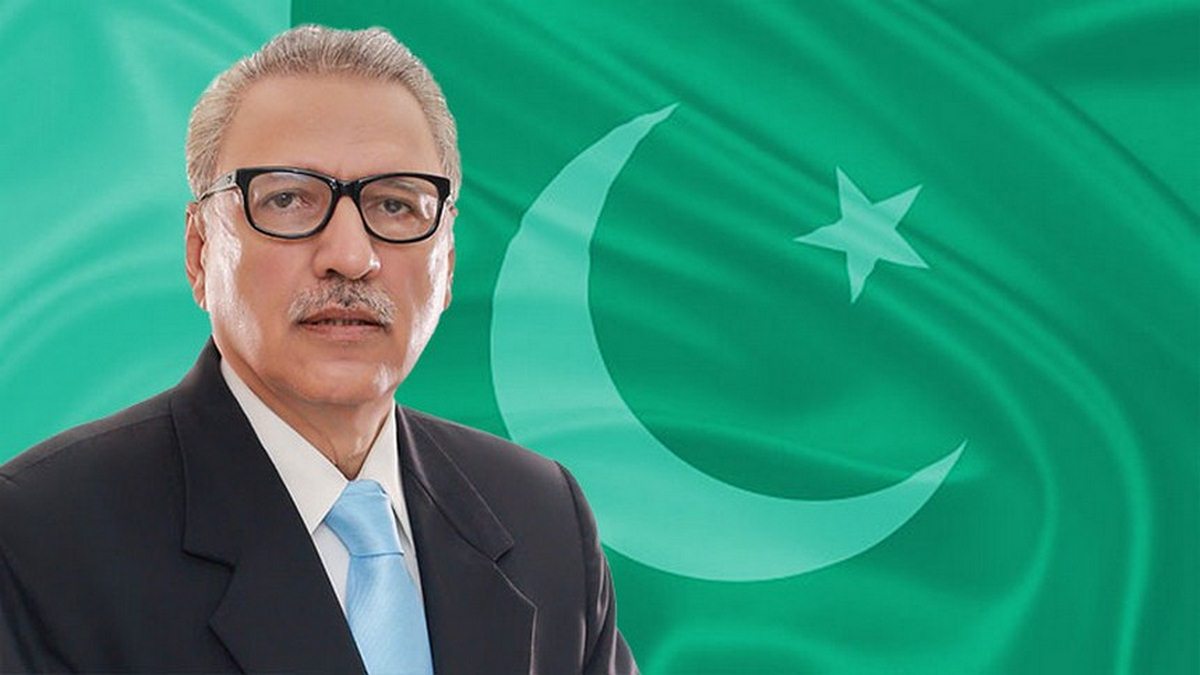 ISLAMABAD: President Dr Arif Alvi while reiterating nation’s “firm and clear” policy resolved that Pakistan would never compromise its sovereignty and security, making it clear that any kind of misadventure by the enemy would be dealt with severely.
“It makes me happy to state that we have achieved self-reliance in the defence field… We have thwarted external aggression; we have successfully defeated terrorism and extremism, and now we are on the path towards economic prosperity,” the president said in his message to the countrymen on Defence Day of Pakistan annually observed on September 6.
He said the Day reminded the spirit and valour of Pakistan armed forces and the nation, by which they thwarted the evil designs of the enemy on the day, 55 years ago.
He said displaying exemplary courage and professionalism, Pakistan’s army, navy and air force defeated the enemy on all fronts. Not only the armed forces fought fearlessly, but every citizen and segment of society became a defender of the country in that testing time.
The president said the nation saluted the martyrs as well as their families for their fortitude as they set a great example of patriotism by sacrificing their loved ones for defence of the country.
“The Spirit of September, 1965 still lives in our hearts and I can proudly say that because of this, we have come up successful in many testing times. Al Hamd-o-Lillah, our Armed Forces’ professional excellence, combat readiness, and above all their unwavering faith in Allah has made Pakistan invincible,” he remarked.
He said besides safeguarding the frontiers, the armed forces were playing active role in internal security as well as the nation building.
The president said Pakistan had also made serious efforts with a positive approach towards securing peace in the region but unfortunately, “our enemy keeps hostile designs against us. It is covertly engaged in destabilizing Pakistan and its aggressive policies pose a threat to regional peace and stability.”
“Nevertheless, our policy, in this regard, is firm and clear. We shall never compromise on the sovereignty and security of the country and any kind of misadventure by the enemy will be dealt with severely,” he resolved.
The president reaffirmed the pledge that Pakistan would continue to support the people of Indian Illegally Occupied Jammu and Kashmir (IIOJK) in their struggle till the realisation of the right to self-determination of the Kashmiri people in accordance with the UN Security Council resolutions.
He said the nations those stood firm against odds and show steadfastness in the face of hardships always emerged out stronger.
He paid homage to the nation’s great heroes who sacrificed their lives for the motherland.
“Let’s today make a resolve afresh that while keeping alive in our hearts the spirit of September, we will play our role in safeguarding the sovereignty, security, and prosperity of our country,” the president urged.

‘Pakistan will not tolerate any kind of aggression’: Nisar

Two drones shot down above Iraq base housing US troops: army