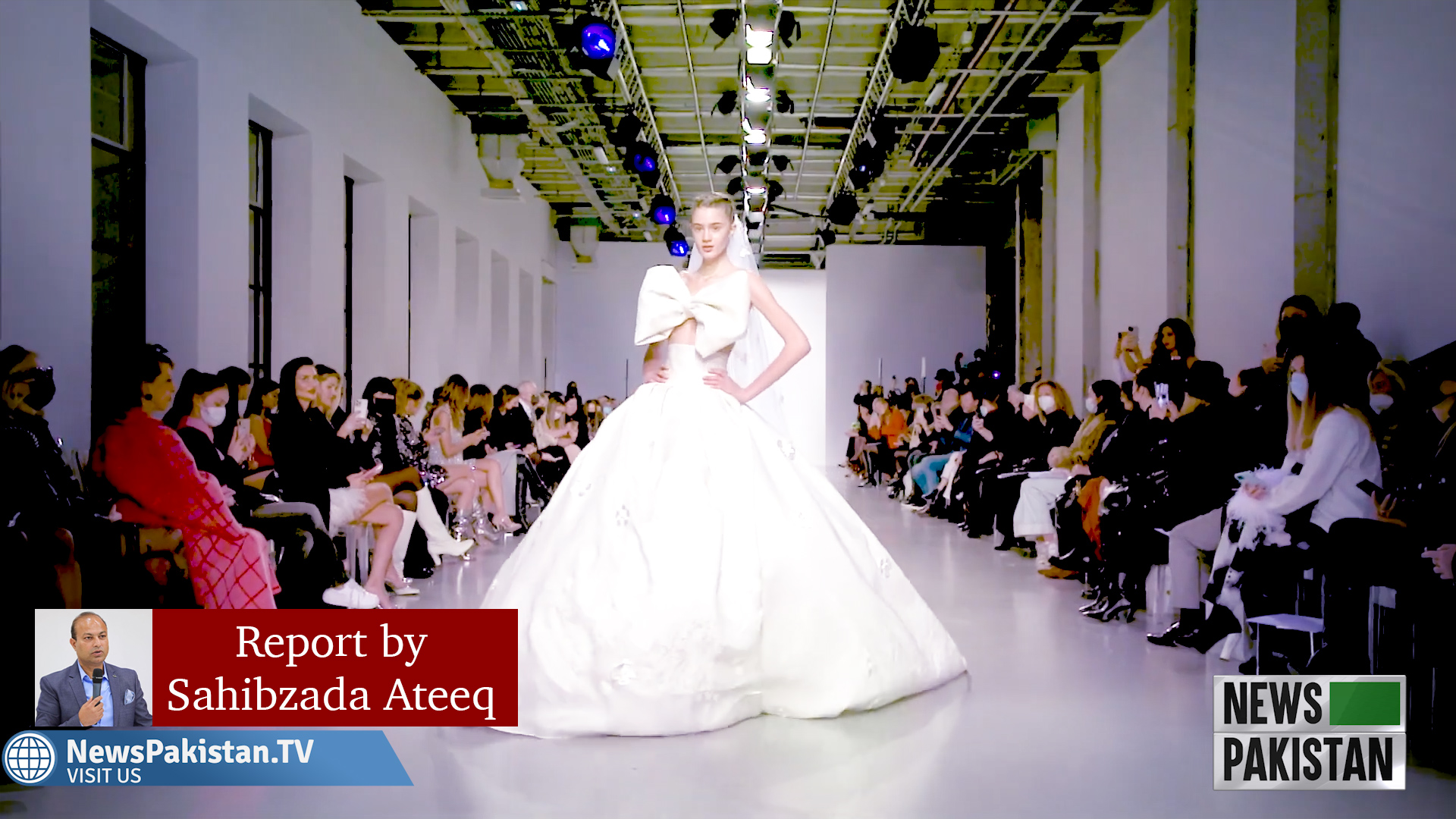 PARIS: Paris Fashion Week, which ends on Tuesday, has been over-shadowed by the war in Ukraine, with designers struggling for ways to balance declarations of solidarity with the glamour and spectacle of their shows.

Some offered heartfelt tributes to the Ukrainian people alongside their women’s autumn-winter collections – none more so than Balenciaga designer Demna.

A refugee himself during a conflict in his native Georgia in the early 1990s, he admitted that fashion week felt like “an absurdity” against the background of the war in Ukraine.

But he decided that cancelling the show would have felt like “surrendering to the evil that has already hurt me so much for almost 30 years”.

Demna (who has dropped his surname Gvasalia) recited a Ukrainian poem to open his show and draped the seats in the country’s blue-and-yellow flag.

– Russian cancelled –
France’s fashion federation, which urged attendees to experience the week “with solemnity, and in reflection of these dark hours”, said Sunday it was cancelling Russian designer Valentin Yudashkin’s show on the final day for failing to condemn the war.

“Our team wanted to see if he would distance himself, like other artists. That has not been the case,” federation president Ralph Toledano told the Media.

Yudashkin, who has presented in Paris for years, helped design the latest Russian army uniforms.

Luxury houses have been reluctant to follow other industries in breaking their connections to Russia, conscious of the profits that come from its ultra-wealthy elite.

Some announced donations, such as the million euros offered for Ukrainian children by Louis Vuitton. The company announced record revenues of 64.2 billion euros ($70 billion) last year.

Others went with messages of peace.

Stella McCartney opened her show with clips of president John F Kennedy’s moving 1963 address about the Cold War and ended with “Give Peace a Chance” by her father’s ex-bandmate John Lennon.

– Body armour –
Some of the clothes this week looked strangely prescient, especially at Dior and Balmain where models appeared to be wearing body armour.

Balmain’s Olivier Rousteing explained the golden shields and flak jackets were actually dreamt up after traumatic facial burns he suffered in a domestic accident and the resulting fear of being trolled online.

Dior’s Maria Grazia Chiuri said her own “protective” designs — including airbag corsets and vests with internal heating – reflected the fact that “the world was already at war” even before the Ukraine invasion.

“Covid was another form of war. We have all experienced some very difficult months,” she told the Media.

Of course, there were plenty of shows that made no mention of the war.

Vivienne Westwood’s show, inspired by cabaret and theatre, was a shot of much-needed color and pageantry.

On the final day, Chanel went full tweed – with suits, coats and trousers all in the Scottish textile, which also covered the walls of the Grand Palais.

– Darker tones –
This fashion week was supposed to be celebrating the return to relative normality as pandemic restrictions eased and almost all houses were back to live shows.

The screaming fans who gathered outside venues across Paris to welcome stars such as Bella Hadid, Serena Williams and a pregnant Rihanna were clearly in good spirits.

But regardless of world events, many designs were trending darker anyway.

Even US designer Rick Owens, whose show was lauded as “transcendental” by Vice, made changes.

His wild, apocalyptic designs are usually soundtracked by ear-bleeding techno and industrial noise.

This time, however, he opted for Mahler’s 5th symphony: “A piece I would have considered too sentimental in the past but better suited to the sobriety and search for hope in our current condition.”