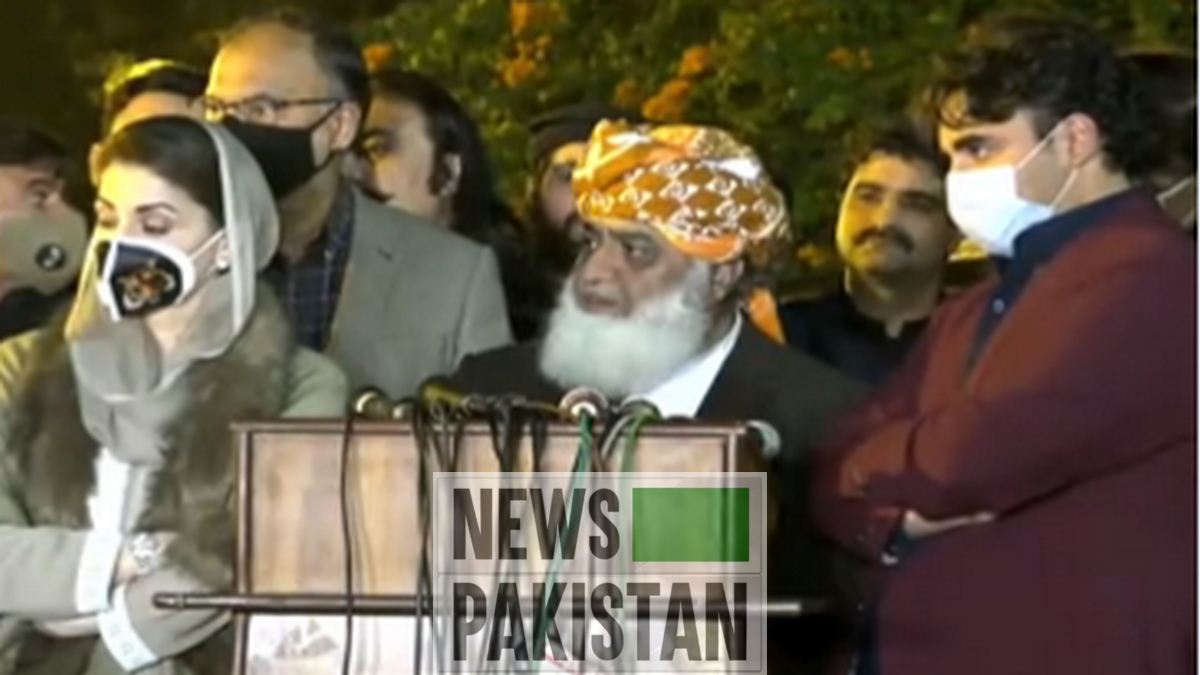 LAHORE: Following a huddle here today, PDM told the Media that lawmakers of the alliance would hand in resignations to their party leaders on 31st of Dec, 2020.

Speaking at the Presser PDM’s chief Maulana Fazl-ur-Rahman warned the incumbent PTI-led govt. to resign by 31st of January.

Flanked by PPP-P Chairman Bilawal Bhutto Zardari and PML-N Vice President Maryam Nawaz, JUI-F president warned that in case the govt. did not go home, PDM would announce a long march towards Islamabad after their meeting scheduled to take place on 1st of February, 2021.

“All party workers in PDM and the people of Pakistan are appealed to start preparations for the long march from today,” Rehman added.

Commenting on Minar-e-Pakistan Jalsa of Sunday 13th December, 2020, Maulana Fazl-ur-Rahman held that it would be remembered in history: “During today’s meeting, anger was also expressed at the way the military’s media affairs wing put pressure on electronic media for negative propaganda against the rally,” he added.

Maryam Nawaz said: “Our media didn’t show the truth but foreign media, such as BBC and Al Jazeera, have shown a mirror to certain elements of our media.”

Bilawal Bhutto Zardari stated: “As far as dialogue is concerned, then the PDM’s stance was presented yesterday in front of the people of Lahore. The time for dialogue is over. Now is the time to March and for Imran’s resignation.”

PDM to march towards Isloo by late Jan, early Feb, 2021