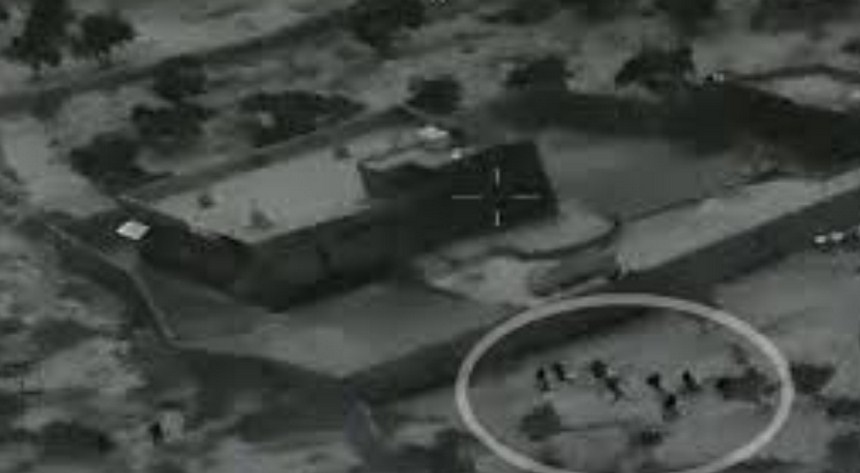 WASHINGTON: Pentagon has released declassified, black-n-white aerial videos (from Saturday’s commando attack to eliminate Al-Baghdadi founder of IS) showing US special operations forces closing in on the compound and US aircraft firing on militants nearby. At one point one can see black smoke rising from the ground after US military bombs leveled Baghdadi’s compound.

Marine General Kenneth McKenzie, the commander of US Central Command, which oversees American forces in the Middle East held: “It looks pretty much like a parking lot, with large potholes”. He said the idea of destroying the compound was at least in part “to ensure that it would not be a shrine or otherwise memorable in any way. It’s just another piece of ground.”

"…at the compound, fighters from two locations in the vicinity of the compound began firing on U.S. aircraft participating in the assault."
– Gen Frank McKenzie CDR USCENTCOM pic.twitter.com/SkrtHNDs7w

McKenzie informed that Al-Baghdadi brought two young children into the tunnel with him. Both children, believed to be under the age of 12 were killed, he said.

The informant who provided details on the movements of Abu Bakr al-Baghdadi, (founder of  the militant group Islamic State – IS – killed in a US commando raid,) was a well-placed IS operative who will receive 25 million dollars.

Russia not sure about Al-Baghdadi’s death

He said that the Defense Ministry did not have reliable information about the actions of the US army in the Idlib de-escalation zone concerning the umpteenth death of Baghdadi.

Spokesman pointed out that Abu Bakr al-Baghdadi had been reported killed several times since 2014.

IS founder Baghdadi killed himself alongwith his 3 children: Trump

WASHINGTON: Talking from White House here today President Donald Trump has confirmed that during a raid carried-out by US commando in Syria IS founder Abu Bakr al-Baghdadi has blown himself up along with his three children and a number of colleagues. 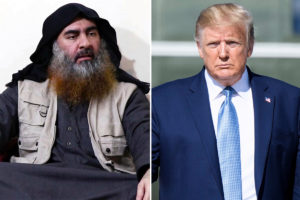 Calling the death of Al Baghdadi a significant victory even as American forces are pulling out of the area. President Trump informed that body had been identified by means of DNA Test: “Last night, the United States brought the world’s number one terrorist to justice…Abu Bakr al-Baghdadi is dead.”

According to Trump Al-Baghdadi died when he was caught at the end of a tunnel, whimpering and crying and screaming all the way, as he was chased by American military dogs. Accompanied by three children, he then detonated a suicide vest, blowing himself and the children. 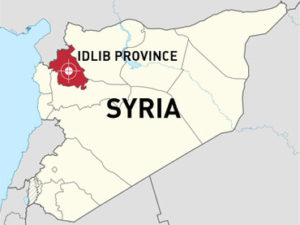 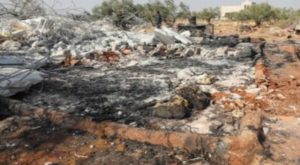 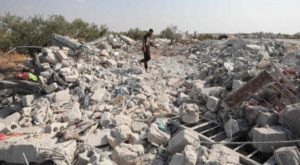 IDLIB: Sources have informed that the arrest of his wife and a courier had led the US forces to this place where he was holed up. Moreover, according to an Iraqi official he had been killed alongside his personal bodyguard here after his hiding place was discovered when he tried to get his family out towards the Turkish border.

It is pertinent to mention here that he was born near Samarra, north of Baghdad, in 1971 and his real name was Ibrahim Awwad Ibrahim al-Badri. He used to work as a cleric for one of the mosques in the city when US invaded Iraq in 2003. It is believed that he became a jihadist during incarceration at Camp Bucca, a US facility in southern Iraq harboring many al-Qaeda commanders.

Abu Bakr al-Baghdadi was initially noted as a threat by the West back in 2014 when he proclaimed formation of a khilafat  in certain terrain of Iraq and Syria.State Department claim that Baghdadi had been responsible for the deaths of thousands of civilians in the Middle East including murder of hostages from Japan, UK and USA. US had posted a reward of twenty-five million reward for information on his whereabouts.