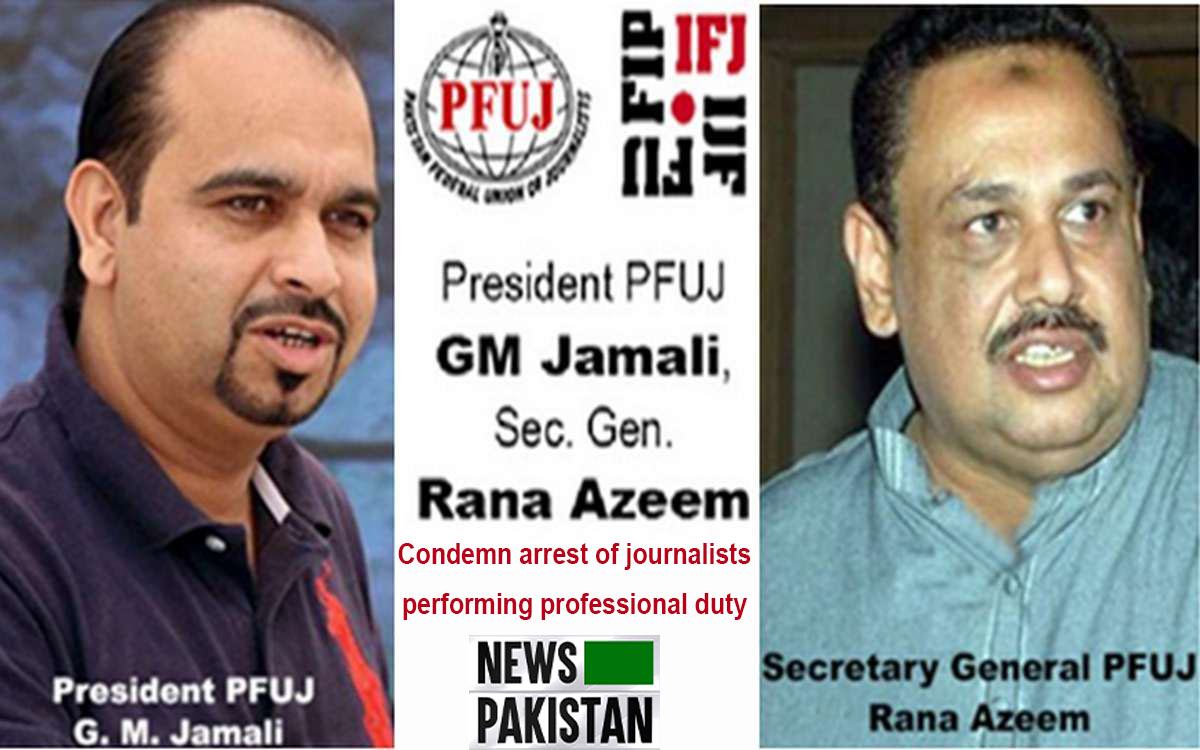 PFUJ further stressed that the government should protect freedom of speech and expression.

The International Federation of Journalists (IFJ) held: “Journalists must be able to report on matters in the public interest without fear of retribution.“

IFJ notes: “Senior Pakistani journalist with BOL News, Shahid Aslam, has been granted bail following his arrest for his alleged role in leaking the financial data of a former army chief.

“IFJ joins its affiliate PFUJ in condemning the Pakistani authorities’ intimidation of the journalists and urging the government to withdraw all cases against Aslam.

“At an Islamabad Session Court on January 18, BOL News journalist Shahid Aslam was granted bail after being charged under Section 216 of the Pakistan Penal Code.

“Aslam was originally detained for two days by agents from Pakistan’s Federal Investigation Agency (FIA) without prior notice in Lahore on 13th day of January for his alleged involvement in the leaking of tax records of former army chief General Qamar Javed Bajwa.

“The records were used in a November report by investigative news outlet FactFocus which accused Bajwa and his family of acquiring assets worth PKR 12,700,000,000 (approximately USD 55,544,622) over the past six years,…

“Substantiated by tax declarations and other financial details belonging to Bajwa and his family. Authorities have claimed these records were attained illegally.

“In his initial trial on 16th January, Pakistani authorities criticized Aslam’s ‘unsatisfactory’ replies to FIA inquiries and his failure to provide passwords to his laptop or phone.

“Aslam’s legal representation challenged the legitimacy of the case, calling the prosecution’s evidence ‘dubious’ and urging them to present evidence of the alleged illegal data transfer.

“Aslam’s attorney argued that as the journalists’ WhatsApp had been active while confiscated by FIA officers, the authorities’ claims of not having access to Aslam’s passwords were illegitimate.

“Before achieving bail, Aslam was to be placed on 14-day judicial remand, in line with a court order at his 16th January trial.

France to launch inquiry into ex-PM, ministers over coronavirus