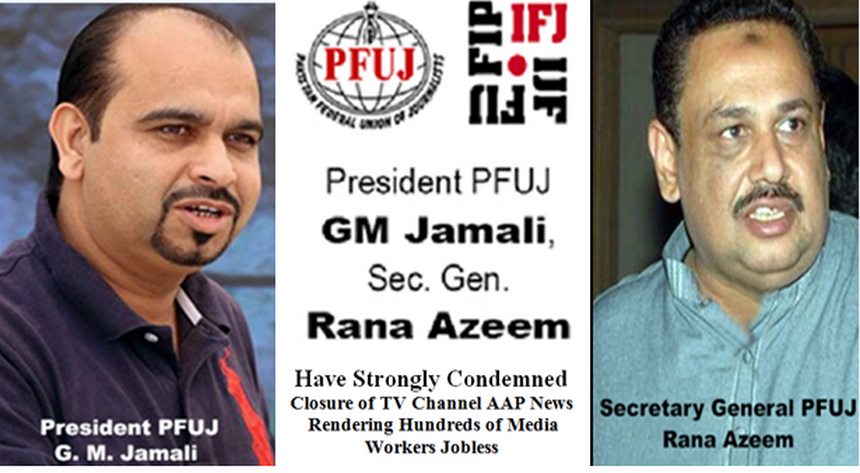 KARACHI: G. M. Jamali President Pakistan Federal Union of Journalists (PFUJ) and Secretary General Rana Muhammad Azeem have strongly condemned the closure of TV Channel AAP News that has rendered hundreds of Media Workers jobless when the humanity is already grappling with the crisis caused by the menace of COVID-19.

Pointing towards depression due to lockdown all over Pakistan, President PFUJ G. M. Jamali and Sec. Gen. Rana Azeem deplored the closure of AAP News terming it as economic assassination of hundreds of Media Workers. G. M. Jamali and Rana Azeem demanded the real-estate tycoon Malik Riaz to recommence the TV Channel AAP News and reinstate the sacked employees.

Reminding business-tycoon Malik Riaz that he had generated trillions of rupees from Pakistan and will be able to make more, G. M. Jamali and Rana Azeem maintained this was time to repay the nation avoiding entering the annuls of history as a usurper of poors’ rights.

President PFUJ G. M. Jamali and Sec. General Rana Azeem has urged Malik Riaz to immediately recommence the  transmission, reinstate hundreds of terminated Media Workers and to assure them of economic protection in future, otherwise PFUJ and affiliated UJs all over Pakistan would ponder over future course of action. 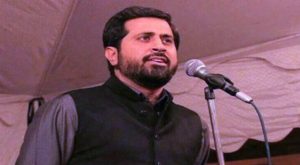 Minister told that Punjab government had also decided to give tax exemptions to Media Houses up to Rs. 18 billion and clear their pending dues of Rs. 2.5 billion so that they could meet financial losses incurred due to the ongoing corona virus situation.

Chohan hoped that the benefit of the tax exemption and payment of dues would also trickle down to Media Workers in the form of payment of outstanding salaries.

PFUJ President G.M. Jamali and Secretary General Rana Muhammad Azeem thanked Punjab Government for the package and hoped that Federal and other Provincial Governments would follow the instance.