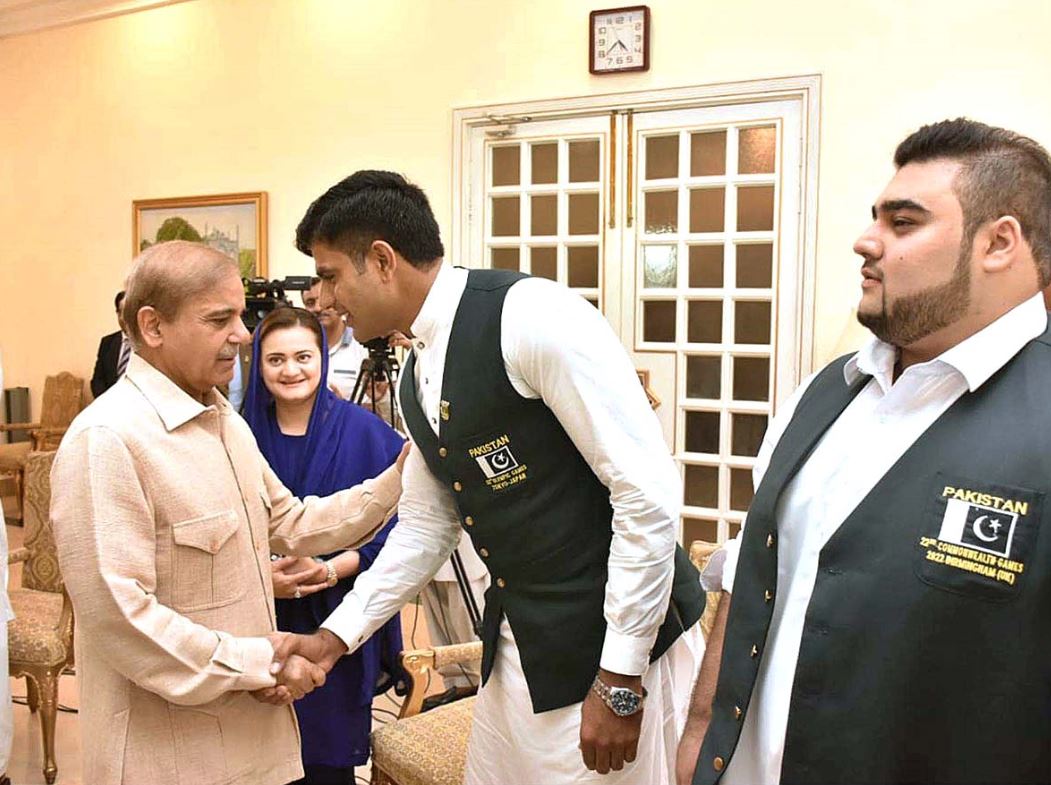 ISLAMABAD: Prime Minister Shehbaz Sharif on Thursday (25th of August, 2022) announced lifting of ban on departmental sports in the country.

Taking to the Twitter the PM stated: “Honored to host our players & athletes who made the country proud by winning various medals in the Commonwealth Games. Their hard work & devotion was exemplary. Today I also announced the revival of the departmental sports, which was a long-standing demand.”

Honoured to host our players & athletes who made the country proud by winning various medals in the Commonwealth Games. Their hard work & devotion was exemplary. Today I also announced the revival of the departmental sports, which was a long-standing demand. pic.twitter.com/mPDmzCU04a

The ban was imposed by the previous government asking all public departments, corporations and autonomous bodies to stop their funding to sports teams in 30 different disciplines.

The decision had led thousands jobless from the positions of departmental sports.

PM Shehbaz Sharif after assuming the office had pledged to restore the departmental sports with an aim to promote healthy games among the youth.

He said Pakistani sportsmen, who bagged top positions in the Commonwealth Games and Islamic Solidarity Games, had made the country proud and were an inspiration for the country’s youth.

The prime minister was speaking at a cash prize distribution ceremony for the winning sportsmen of the international sport events recently held in Birmingham, UK and Turkiye.

The prime minister said the entire nation was proud of the outstanding performance of the players who had proved their mettle with hard work and dedication.

He expressed confidence that the talented sportsmen would bring more laurels to the country and would continue to achieve success in their respective games.

PM Sharif said steps would be taken to hold sporting events at college and university levels to encourage the students get indulged in healthy activities.

The prime minister mentioned that Pakistan was passing through challenging times due to flash floods across the country.

He expressed grief over the death of around 800 people in last few months due to floods and said the government would leave no stone unturned to provide relief and rehabilitation to the victims.

Earlier, the prime minister gave away cash prizes to the players including Nooh Dastagir Butt, Shah Hussain, Sharif Tahir, Arshad Nadeem and several others at the special ceremony held here at the PM House.

Landless farmers to get interest-free loans for buying houses!