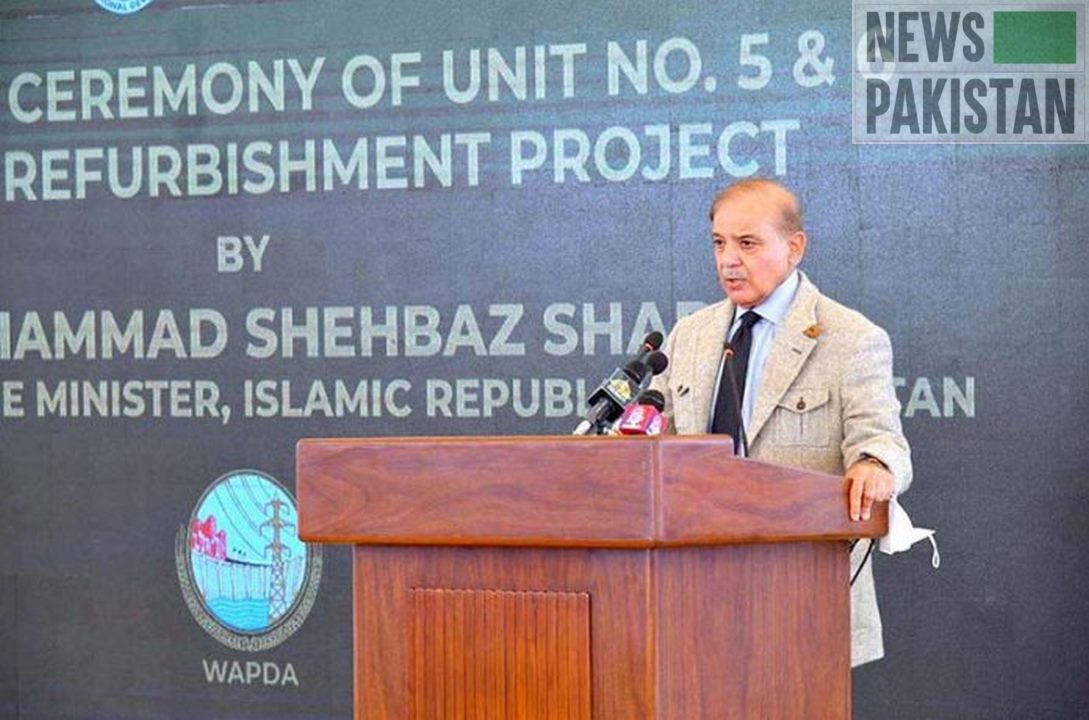 MANGLA: PM Shehbaz Sharif inaugurated on Monday the refurbishment project of Units 5 and 6 of Mangla Dam aimed at enhancing its electricity generation capacity.

Speaking on the occasion, the Prime Minister termed the project a wonderful example of cooperation between Pakistan and the United States.

PM emphasized the need for further enhancing bilateral cooperation between Pakistan and the United States in the field of trade and investment.

Alluding to the contributions made by Mangla Dam to the country’s economy, the Prime Minister said Pakistan cannot afford expensive energy on which annually twenty seven billion rupees are currently being spent.

He underlined the need for exploiting the indigenous resources including hydel, solar, air and coal to produce cheap electricity.

He said the present government has prepared a project to generate ten thousand megawatts of electricity through solar energy. He said a power project 1320 megawatt has also been initiated at Thar to use the indigenous coal for electricity production.

The Prime Minister regretted that the country could not fully exploit the hydel power potential of sixty thousand megawatts. He said apart from extension of Mangla and Tarbela Dams, Diamer Basha, Dasu and some other projects have been launched.

He said had these hydel projects been earlier completed, the country would not have faced much destruction due to recent floods as well as its reliance on the imported fuel would have been negligible.

The Prime Minister stressed for unity to serve the country and steer it out of all challenges.

In his remarks on the occasion, the US Ambassador to Pakistan Donald Blome said Mangla Dam is a great symbol of Pakistan-US cooperation.

He said amongst other hydropower projects, his country is also assisting Pakistan to rehabilitate Tarbela power stations.

The Ambassador said the rehabilitation work at Mangla Dam will increase electricity output to meet electricity needs of additional two million people. He said it will also ensure that Mangla Power Stations remain productive for the next several years.

Speaking on the occasion, Chairman WAPDA Sajjad Ghani said that the government is showing keen interest to produce clean, green and cheap energy.

He said the WAPDA is pursuing a two pronged strategy under which the existing hydropower projects are being upgraded while construction work has been started on new projects as well.