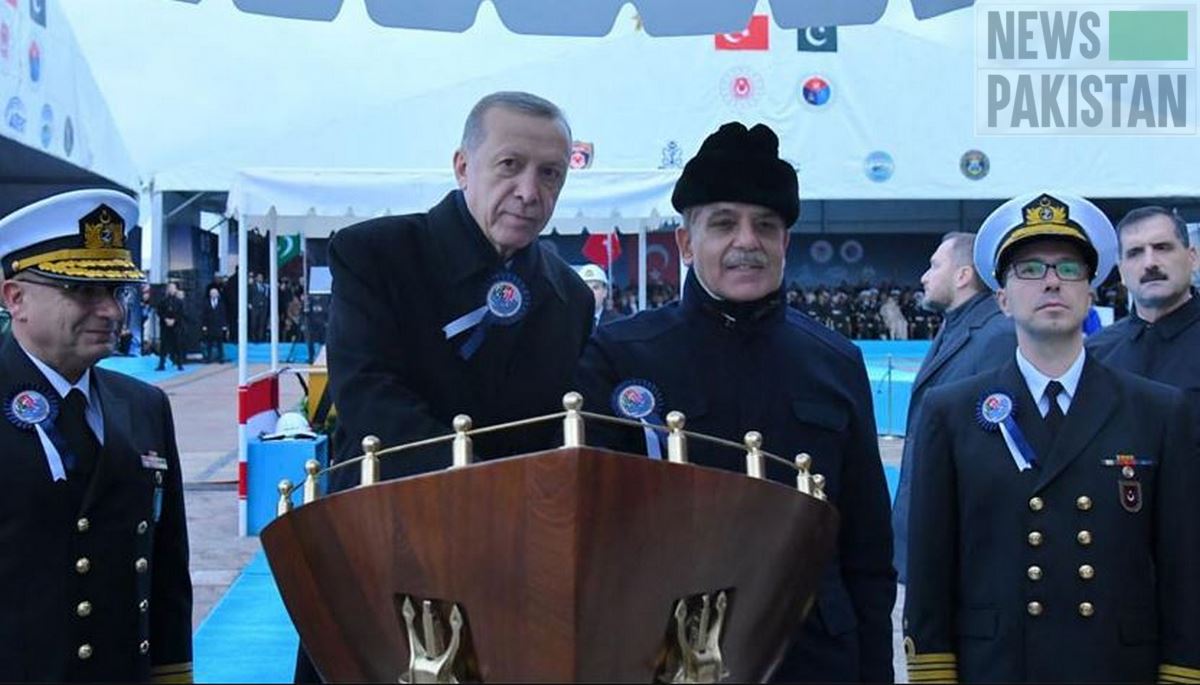 Shehbaz and Erdogan at Istanbul Shipyard

Addressing the ceremony, Prime Minister Shehbaz Sharif said it is another great day in our historical relations and brotherhood to witness the launching of PNS Khaiber.

Recalling the old fraternal ties between the two brotherly countries, he thanked Turkiye for standing by Pakistan and supporting our cause at every international forum.

The Prime Minister made it clear that our cooperation is not aimed at promoting wars and aggression but peace and defense.

Shehbaz Sharif commended the efforts of Turkish President for shipment of wheat parcels from Ukraine otherwise the Ukraine war could have created great problems for developing nations like Pakistan.

He specially thanked the Turkish President for the assistance provided during the most devastating flood that hit Pakistan recently.

Minister for Defense Production Muhammad Israr Tareen said this project is an evidence of our brotherhood and strong defense collaboration. He expressed confidence that this cooperation will further intensify in future..

Chief of the Naval Staff Admiral Muhammad Amjad Khan Niazi, who also attended the launching ceremony, congratulated the leadership of both the countries on this occasion and also thanked the President of Turkiye for defense cooperation with Pakistan.

The MILGEM project based on joint cooperation between the two countries is an important milestone in the Pakistan-Turkiye strategic partnership.

Under this project, the first corvette for the Pakistan Navy, PNS Babar, was launched in Istanbul in August last year, while the foundation stone for the second ship, PNS Badr, was laid in Karachi in May this year.

Cold, dry weather likely in most parts of Pakistan